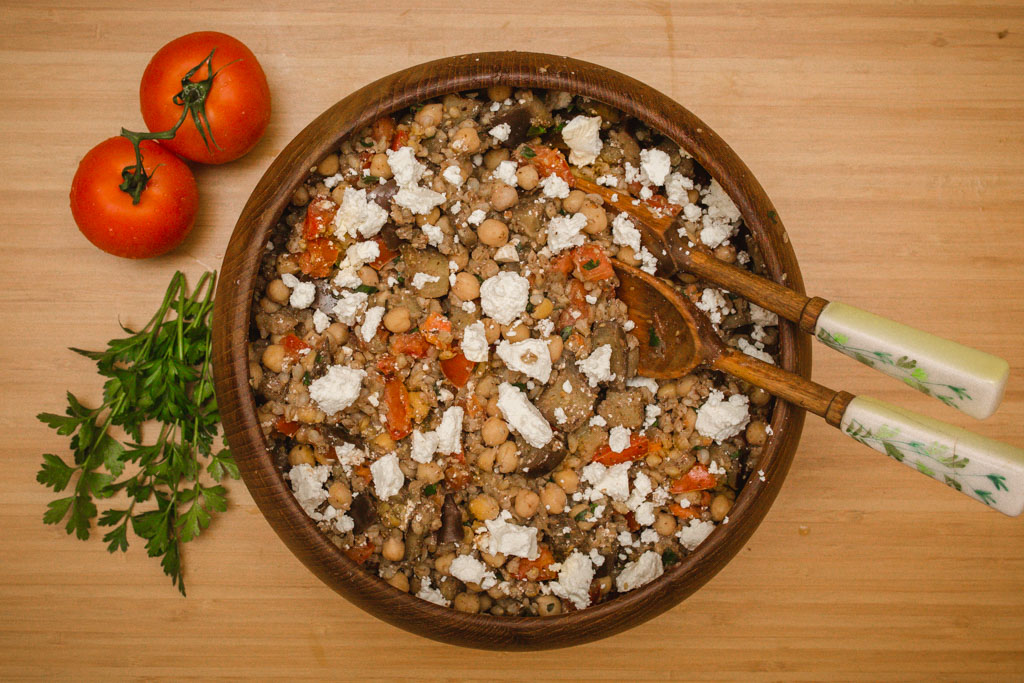 Last Wednesday night I had grand plans to line up a few things of different colours on the coffee table, crack a bottle of champagne, and have a little two-person YES party (YES!!!!!). But fortuitously, just as I was finishing cooking this meal mid-afternoon (as is my way since starting this blog – can't let that natural light get away), Sean called and asked us over for dinner.

And so, instead of a few things of different colours, we had a couple of actual rainbows to line up on the table, and instead of just the two of us, we had five people with whom to celebrate the beginning of the end of (this form of) inequality. 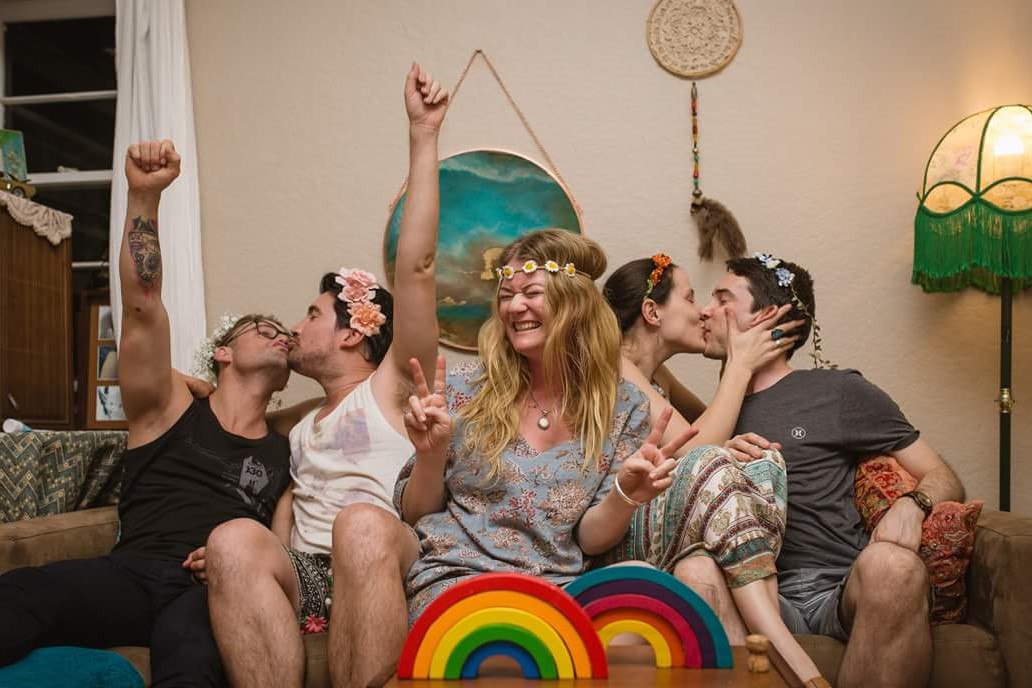 I brought over this salad, while Sean put on some of his signature potatoes (the secret is to cook the crap out of them) and risotto (the secret is to use all the garlic you can find). We opened a bottle of champagne given to us on our wedding day by our good mates Ashlee and Greg, because it just seemed apt.

And meanwhile, Anna took photos. The food got a little tepid in the mean time, but hey, you do what you have to. 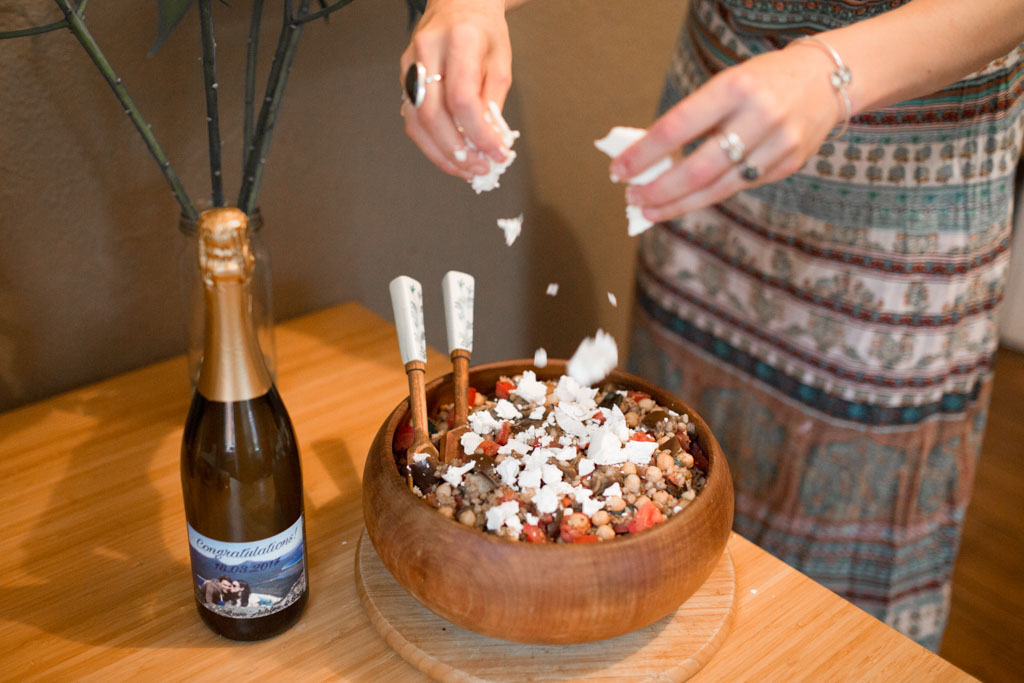 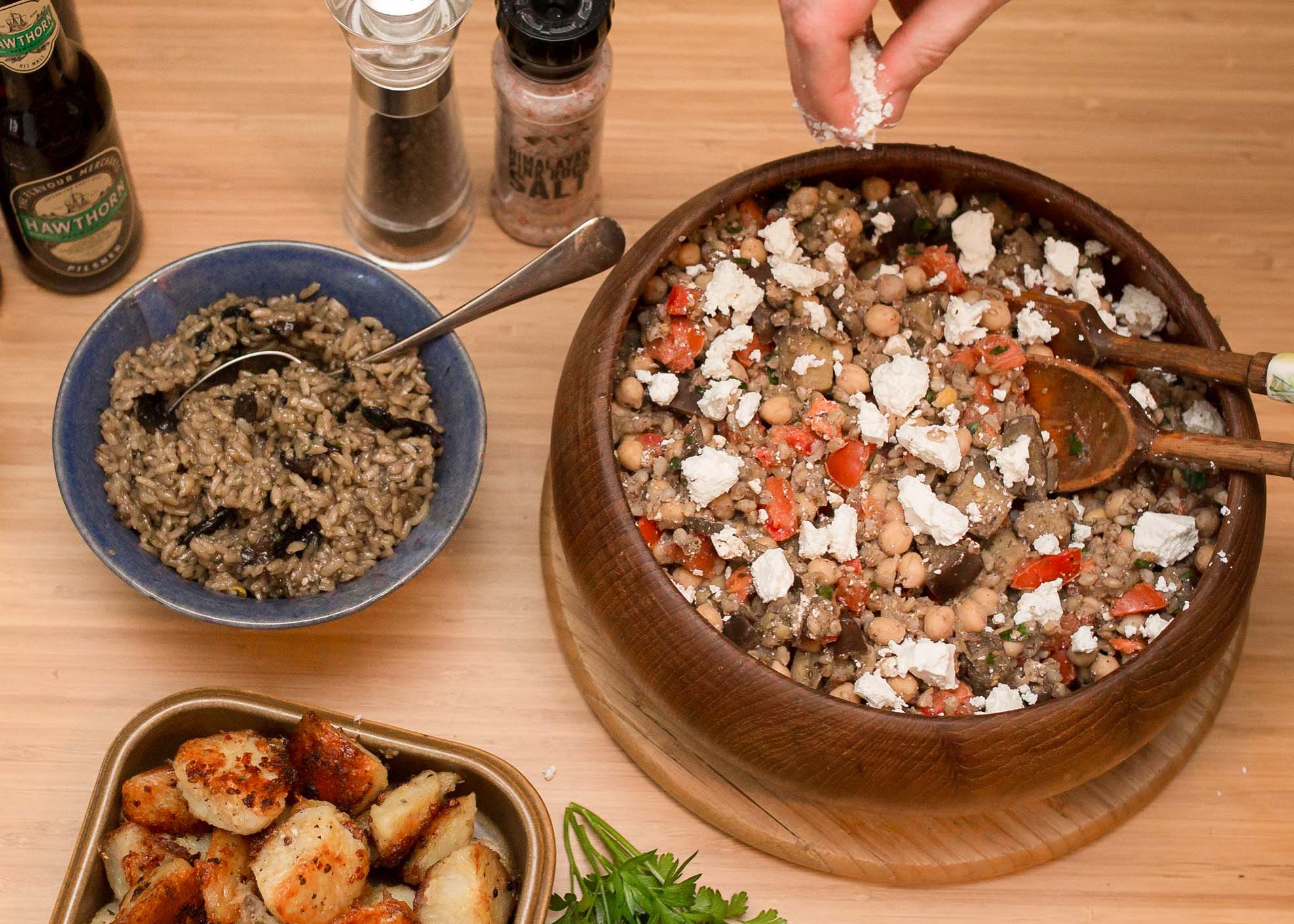 We ate, drank, and be'd (sometimes the word 'were' just doesn't seem right) merry, and when the time came, we put Frankie to bed and let Sean assault us with disco. (We were asking for it.) 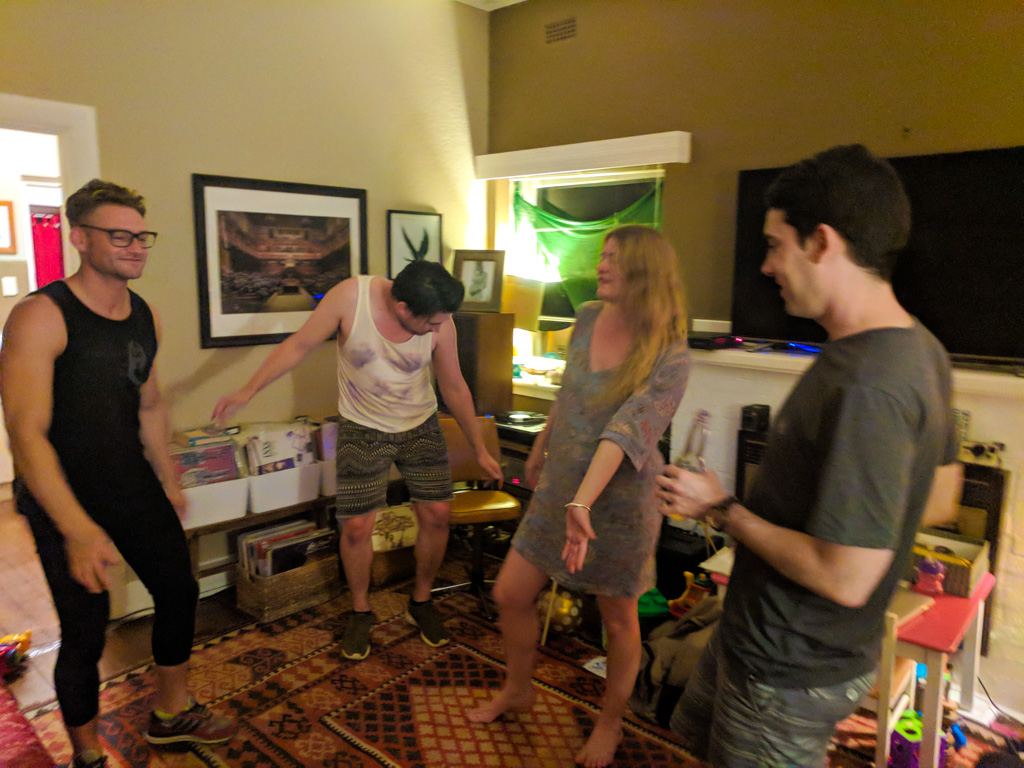 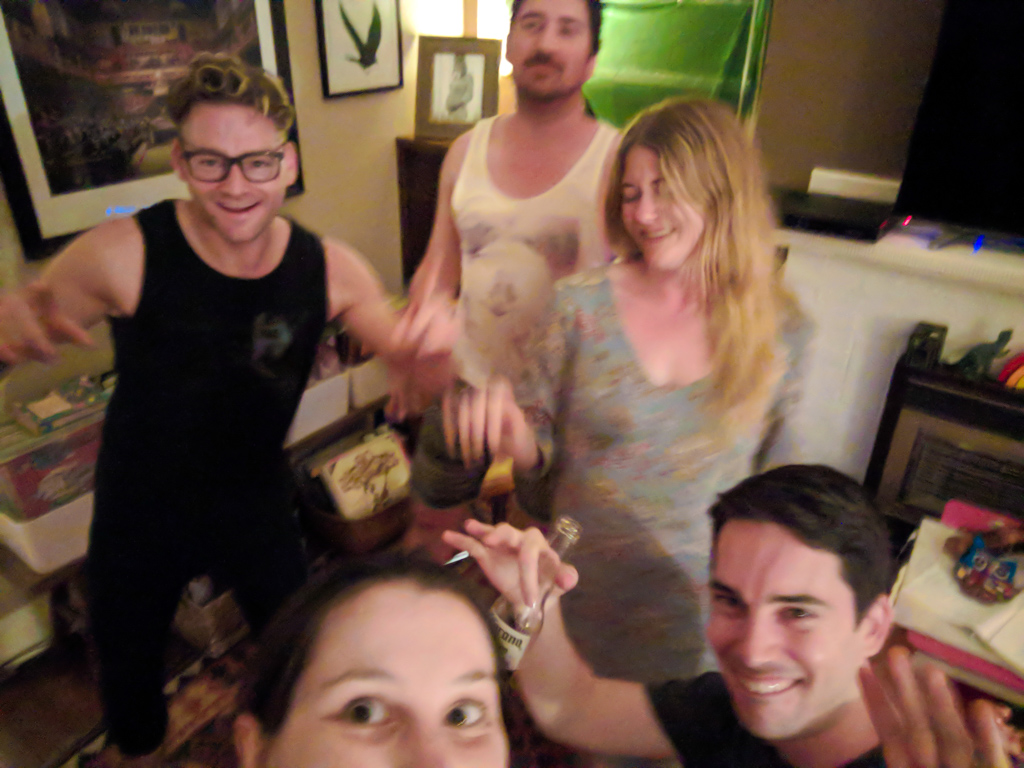 Even though it's a long time from start to finish with this dish, there's only about 25 minutes of actual activity – the rest is just waiting for the eggplant and pearl barley to cook. I used to just add all the eggplant to a baking dish but I've realised that wrapping it in foil retains the moisture and reduces the amount of dishes. 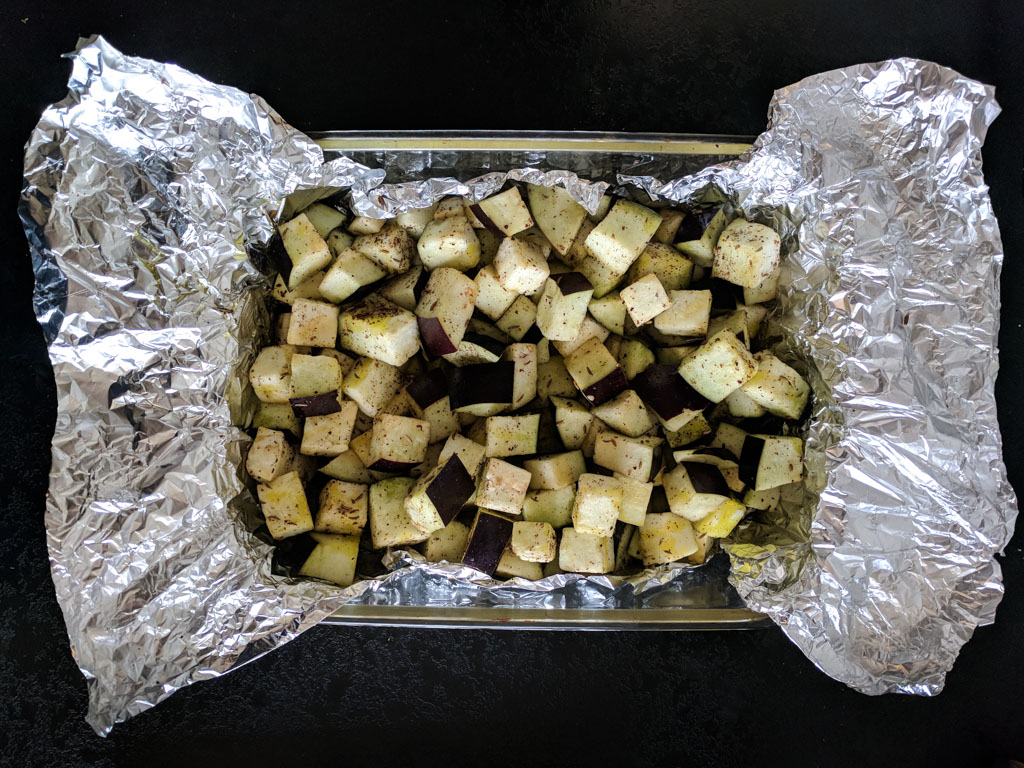 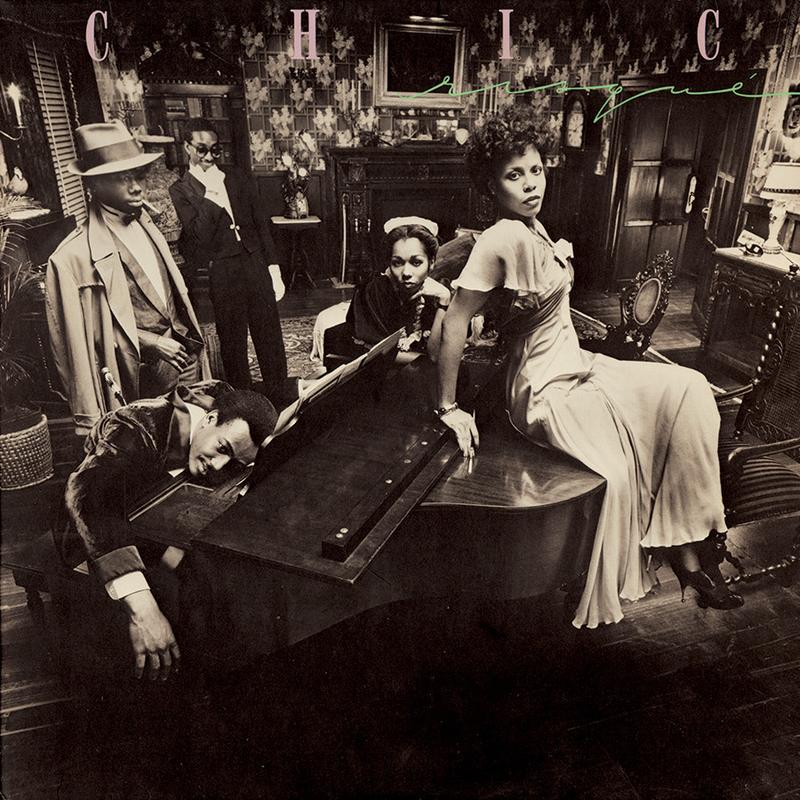 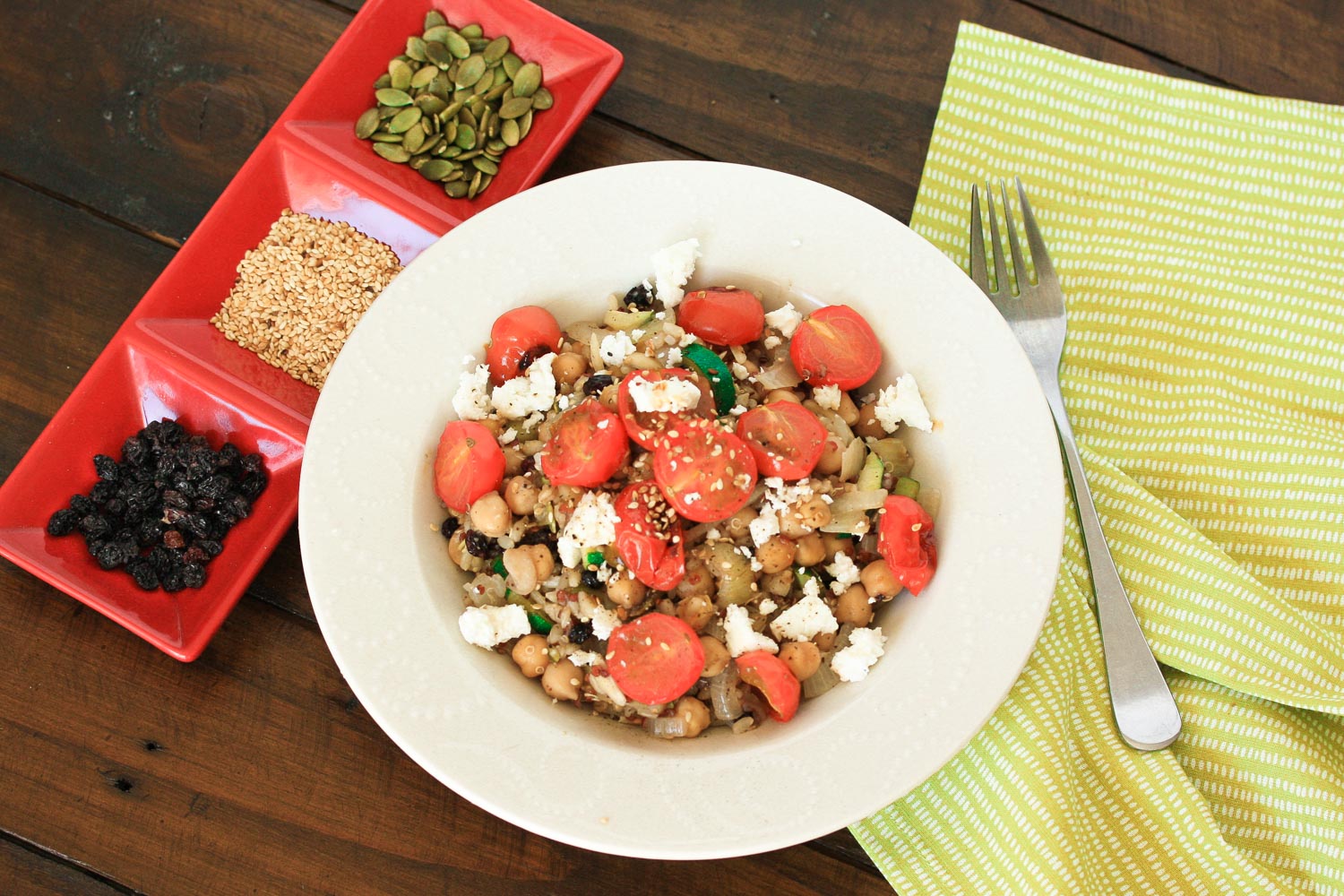 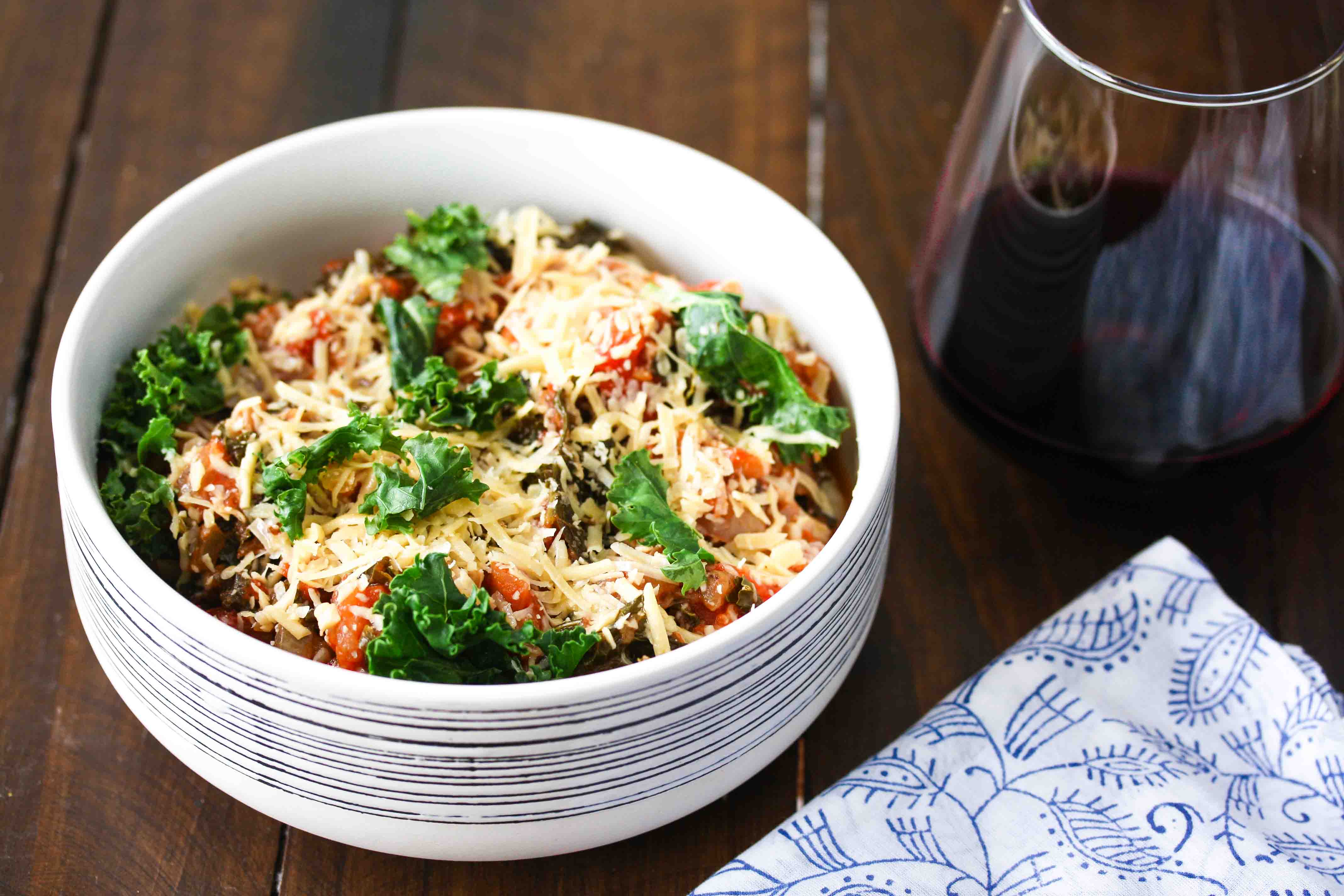