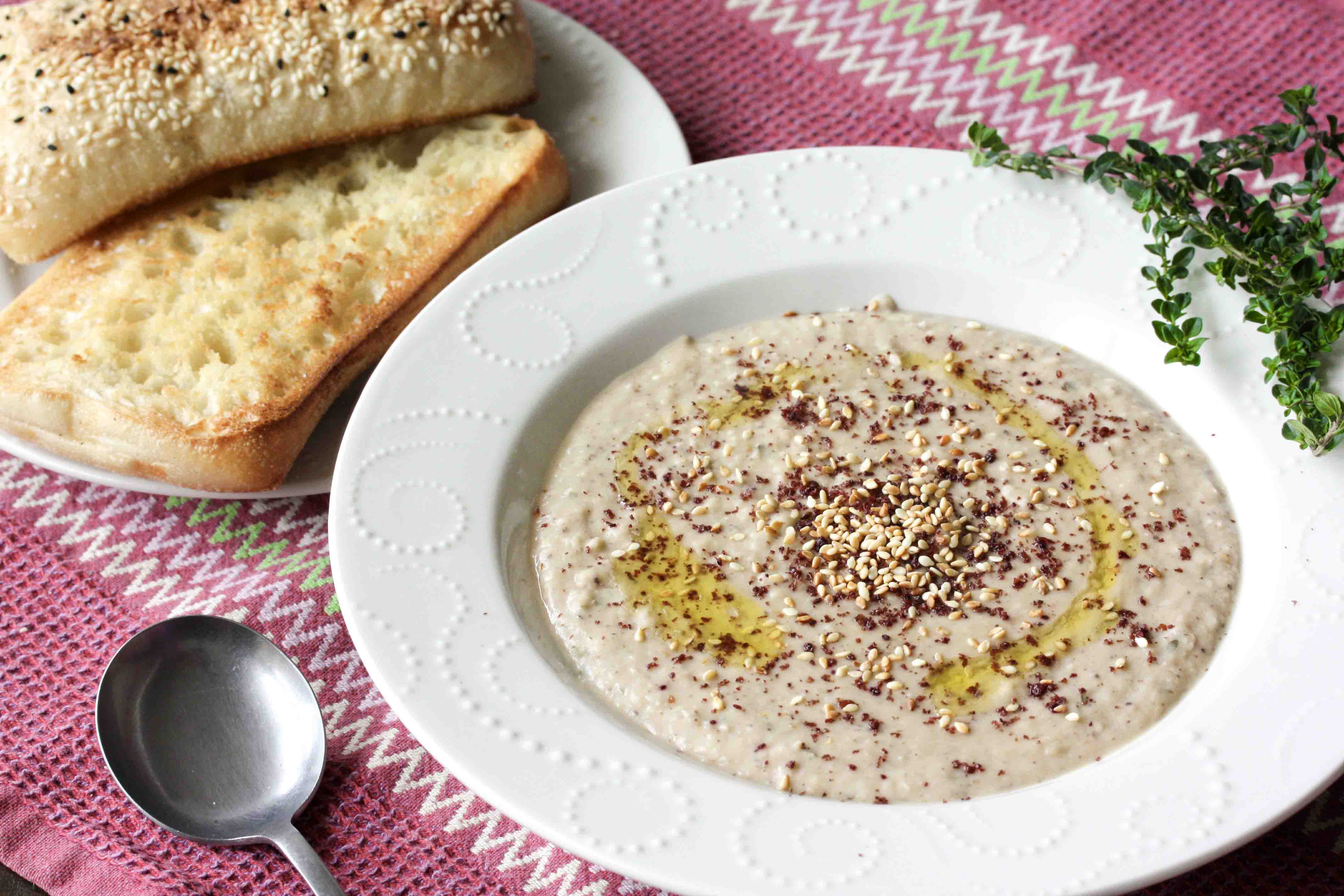 On Friday afternoon, the fifth anniversary of our first date, Elliot and I headed out to Gisborne Peak winery to enjoy the gift my sister gave us for our 30th birthday: lunch and a wine tasting (the sparkling pinot noir was the highlight). We were treated to a gorgeous antipasto platter, Greek vegetarian pizza, and salted caramel cheesecake and chocolate mudcake. 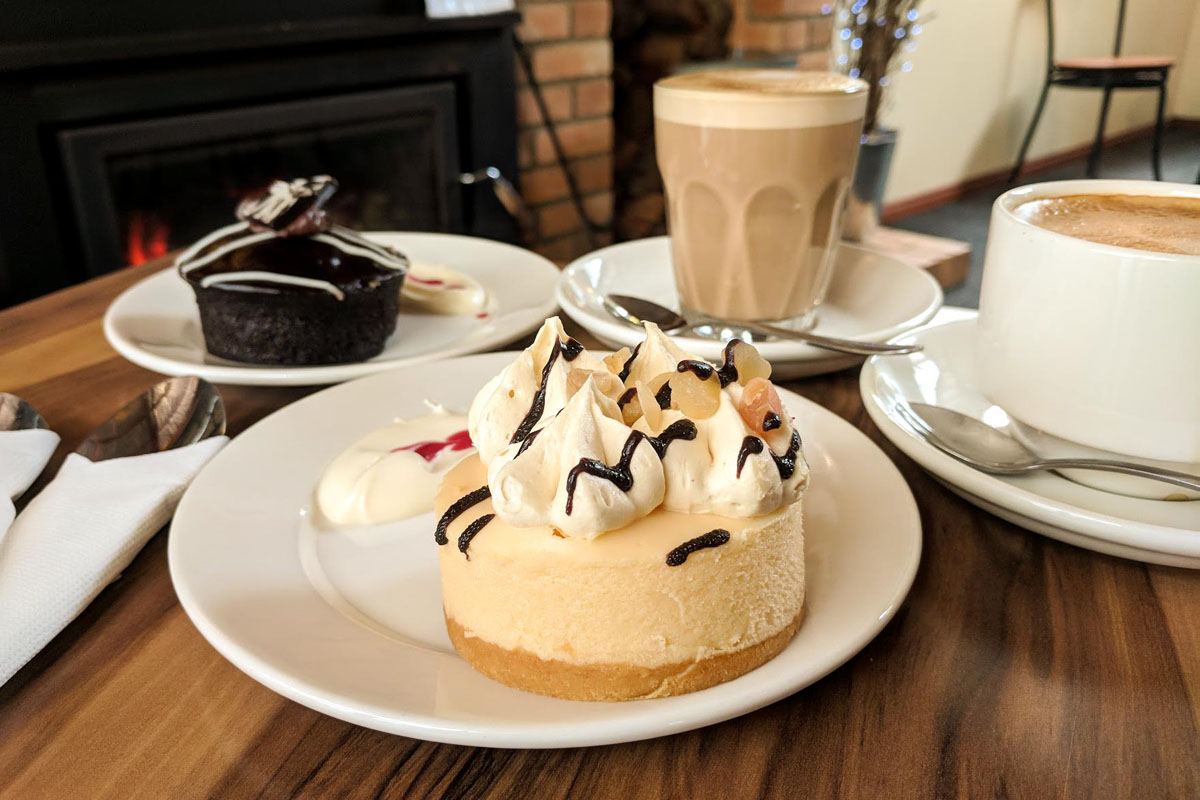 Bellies full, we headed to our Airbnb for the weekend. With our big trip coming up, we were looking for something cheap, and an $85-per-night converted shipping container fit the bill. The owner, Charlie, whose self-professed interests include burning things, nice lighting, and not cleaning (my kind of guy), had built the whole thing himself, with electricity, hot water and gas. It was really impressive, with a bedroom, bathroom, kitchen and eating area, as well as a little porch and courtyard with a fire pit – conveniently already lit for us by Charlie when we got there.

That night we cracked open our wedding box for the first time, with the cards, guestbook, polaroids and a few other bits and pieces from the day, and finally drank the champagne with gold flakes that Elliot’s parents Anne and Bruce gave us on the day. It was an emotional and delicious experience that reduced me to tears three separate times!

On Saturday we headed out into the yard; said hi to the chickens, turkeys, geese, and Charlie; crossed the road, and a few minutes later were on a beautiful bushwalk! It was an unusual landscape, full of gum trees but with massive succulents interspersed. And some of the tree trunks and branches were really unusual and beautiful. 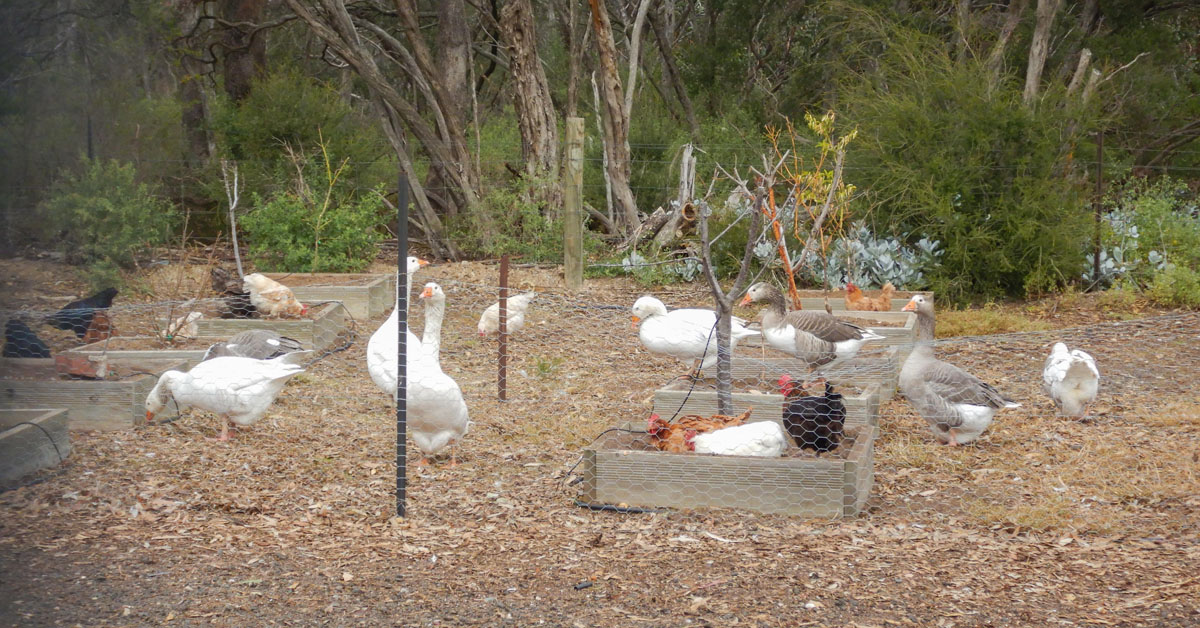 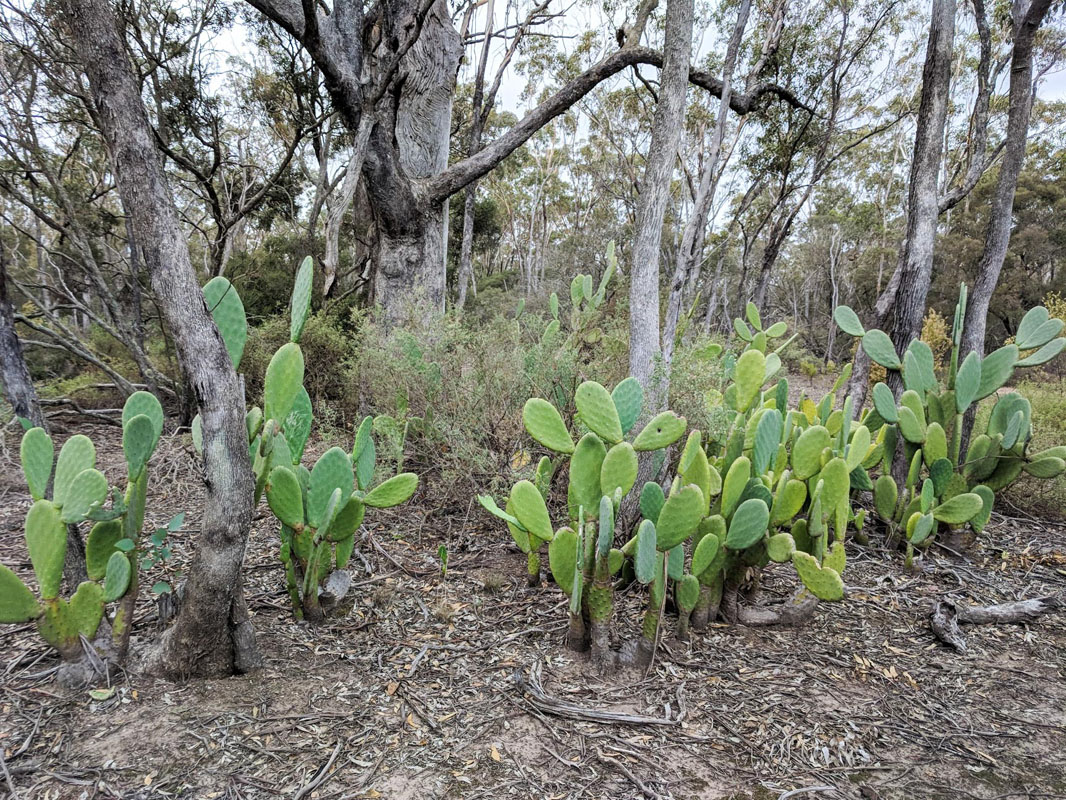 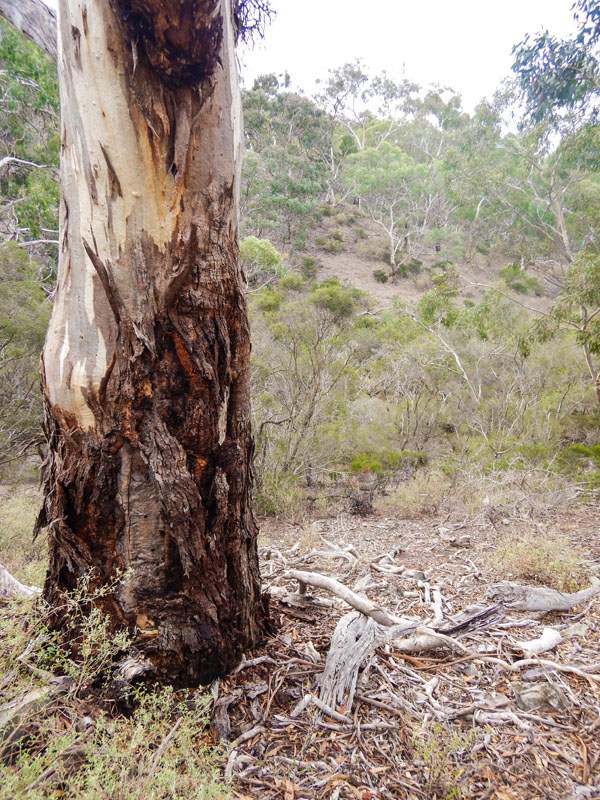 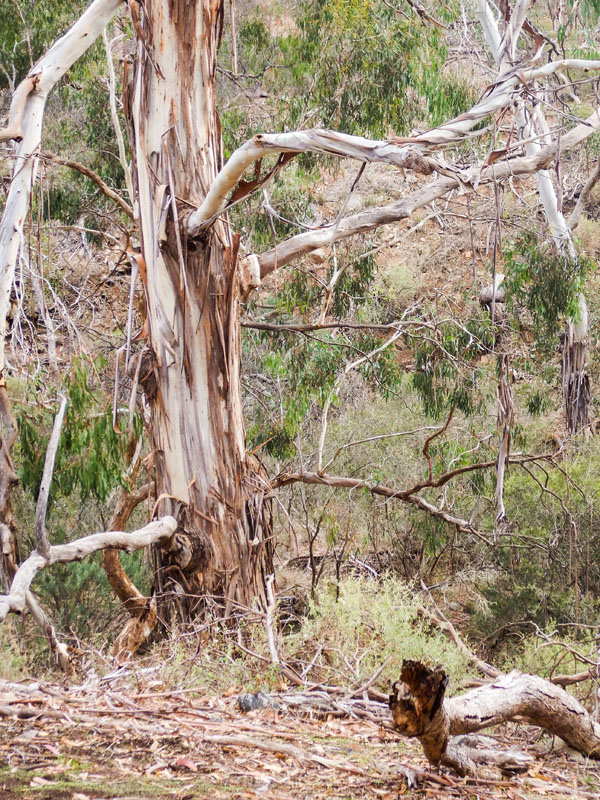 The first path we took quickly opened up to the point where no direction looked any more like a path than any other direction, and a large and imposing burrow loomed before us. We would later realise it was probably just erosion of the soil by running water, but at the time it felt as if it could have belonged to a carnivorous monster. I immediately put Elliot in charge of working out where we were and absolved myself of all responsibility. 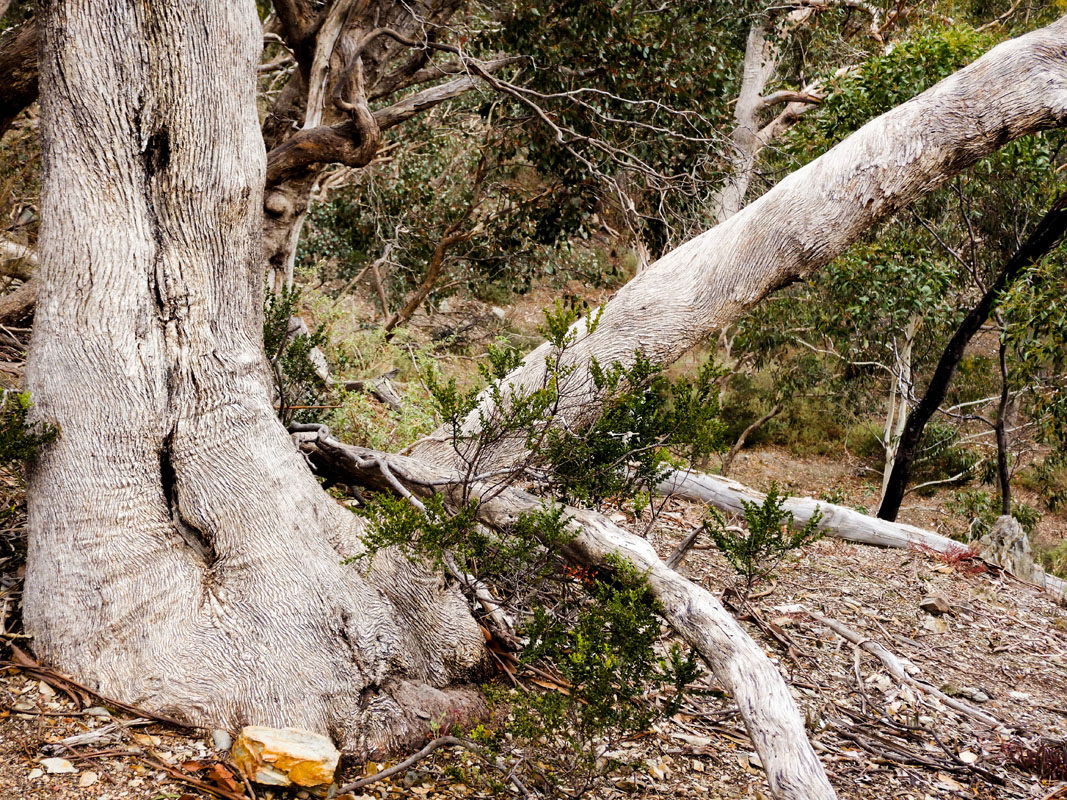 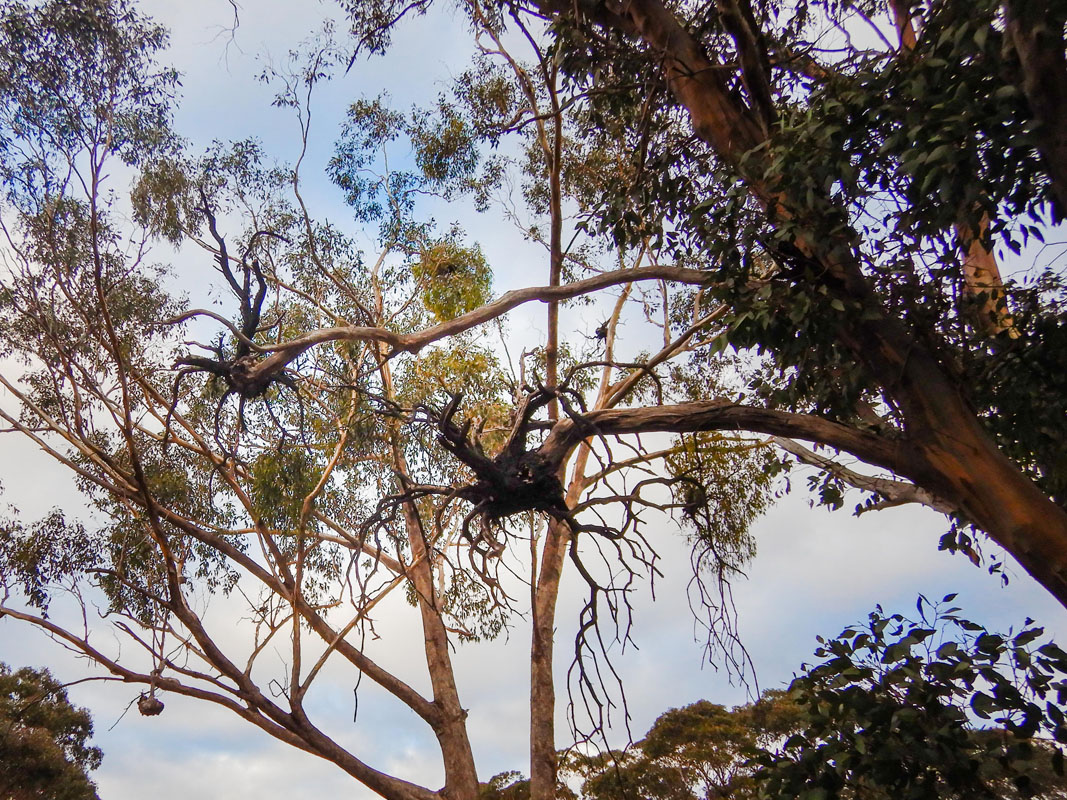 The first path we took quickly opened up to the point where no direction looked any more like a path than any other direction, and a large and imposing burrow loomed before us. We would later realise it was actually probably where running water had eroded away the soil, but at the time it felt as if it could have belonged to a carnivorous monster. I immediately put Elliot in charge of working out where we were and absolved myself of all responsibility.

We headed back towards another path that seemed a little more self-contained. On the way we heard a loud crashing sound and some movements a kilometre or two away and put it down to either the emergence of a monster from a burrow, or maybe a falling branch. 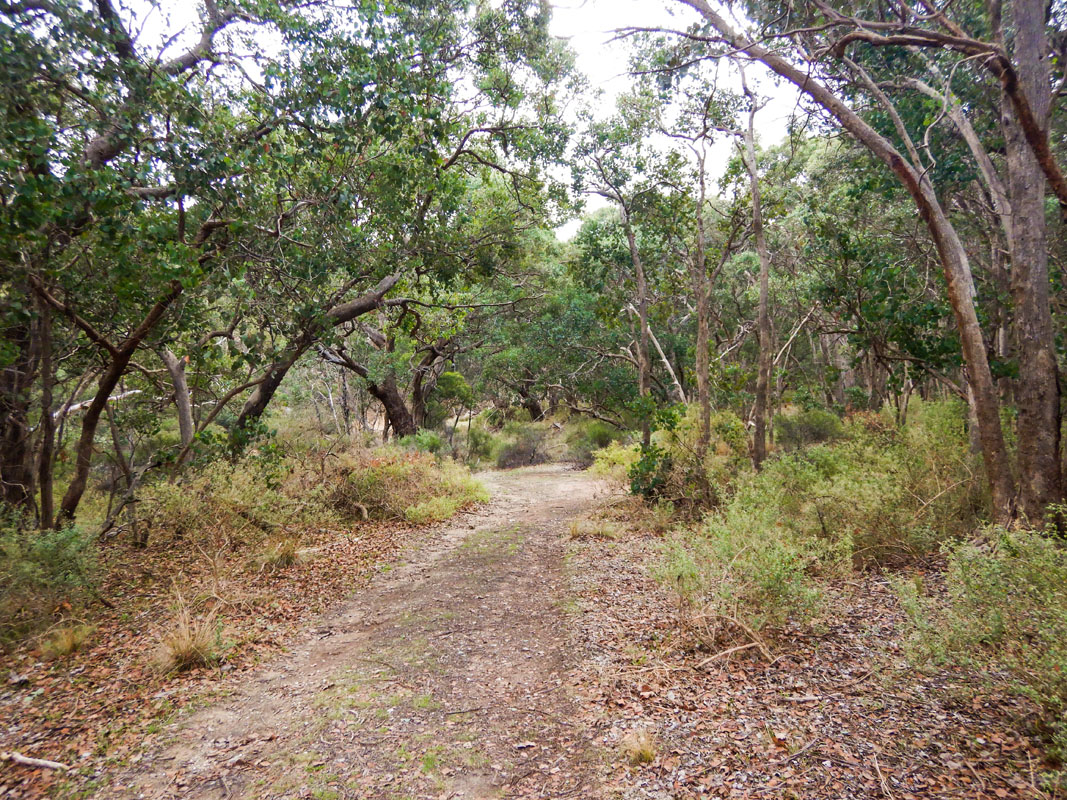 About half an hour later, as we sat down to have a break, we discovered we were right underneath what was very probably (well... maybe) that tree branch. Fearful for our lives, we turned around and started back towards home. About 10 minutes along the way we came upon a tree that fascinatingly seemed to have been burned while none of the others around it had. It didn’t take us long to conclude that it must have been hit by lightning.

As our paranoia about being struck by some kind of natural disaster ramped up and the cold wind got whippier, we decided it was definitely time to get home, light a fire, and play with sparklers. I only wish I could post the video of Elliot and my sparkler duel. We were both winners. 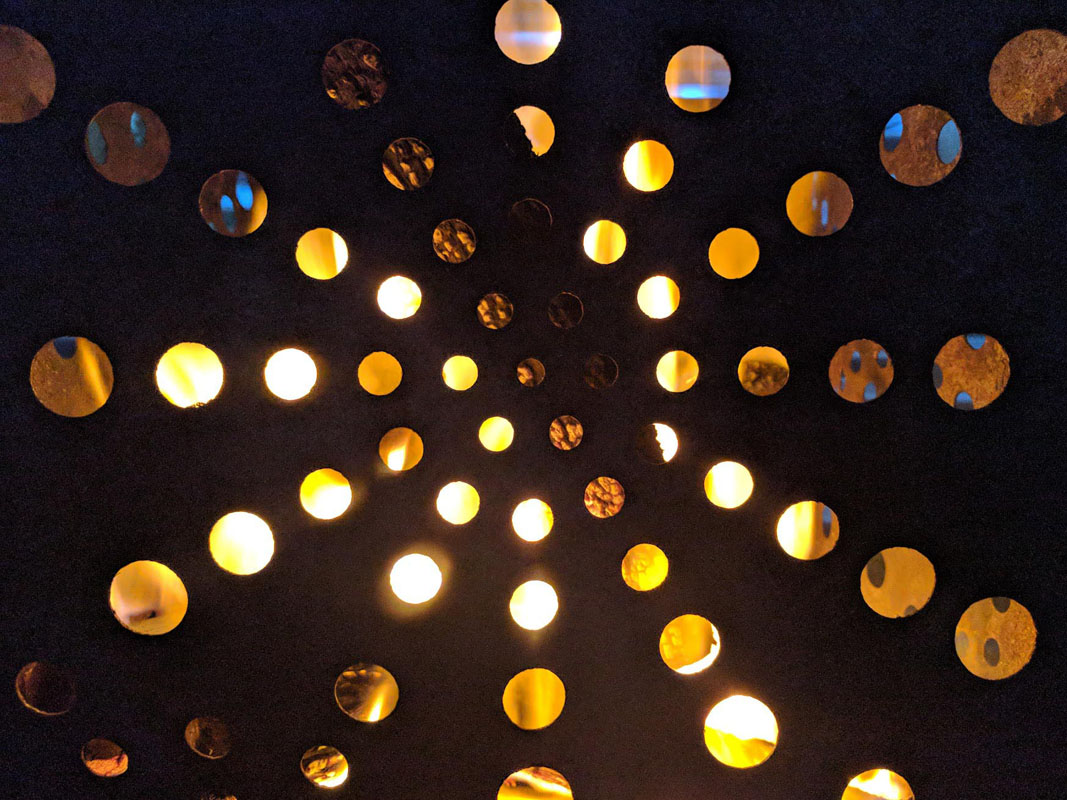 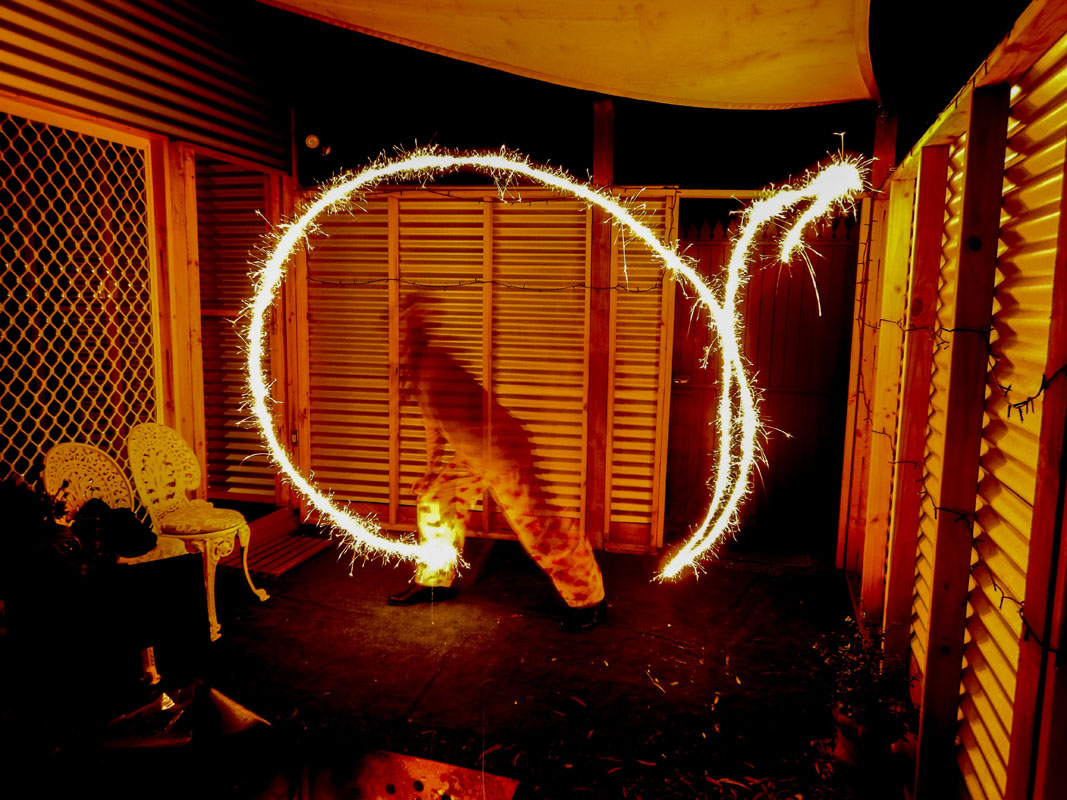 We spent a good few hours both nights just sitting beside the fire with a glass of red, cosy and warm. Our wedding playlist kept us company as we enjoyed the mesmerising flames and the flawless starry sky. At one point a fat and extremely friendly cat with a bung eye joined us for about an hour, capitalising on the availability of undivided attention, headbutts and pats. He made himself comfortable on my lap right beside the fire and probably would have stayed forever if I hadn’t had to get up for another drink. It's an unfortunate photo of me, but the post wouldn't be complete without a photo of 'Orlo', as we temporarily named him. 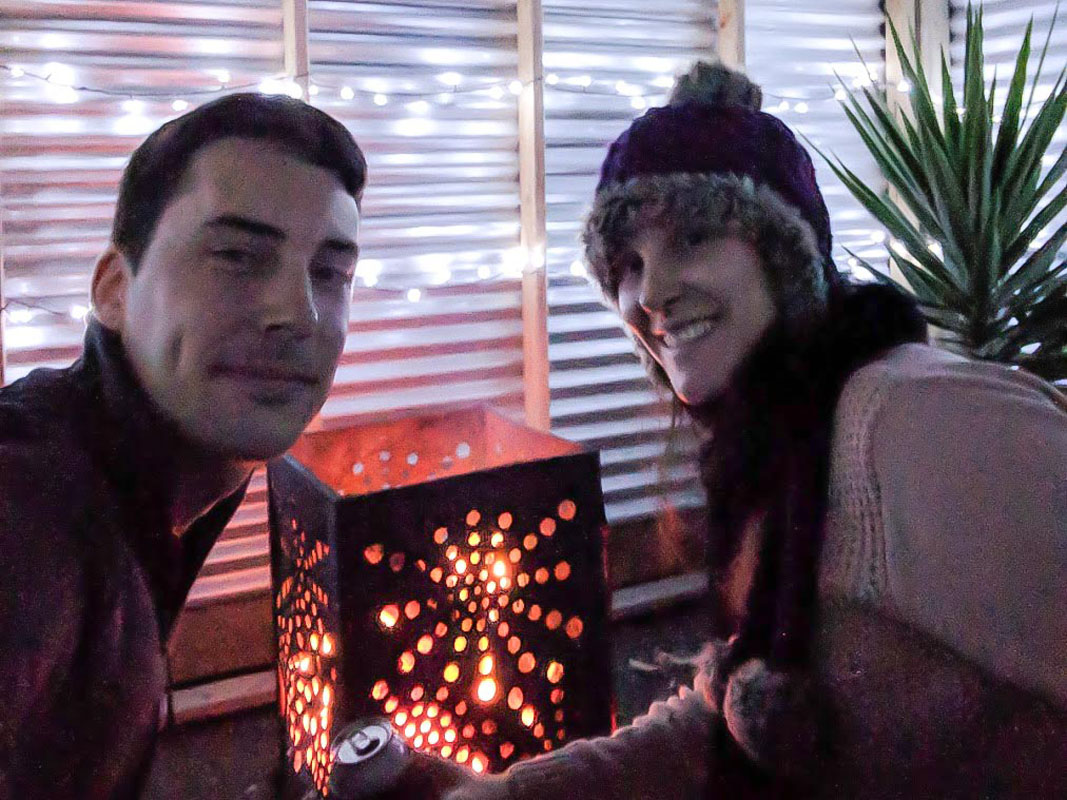 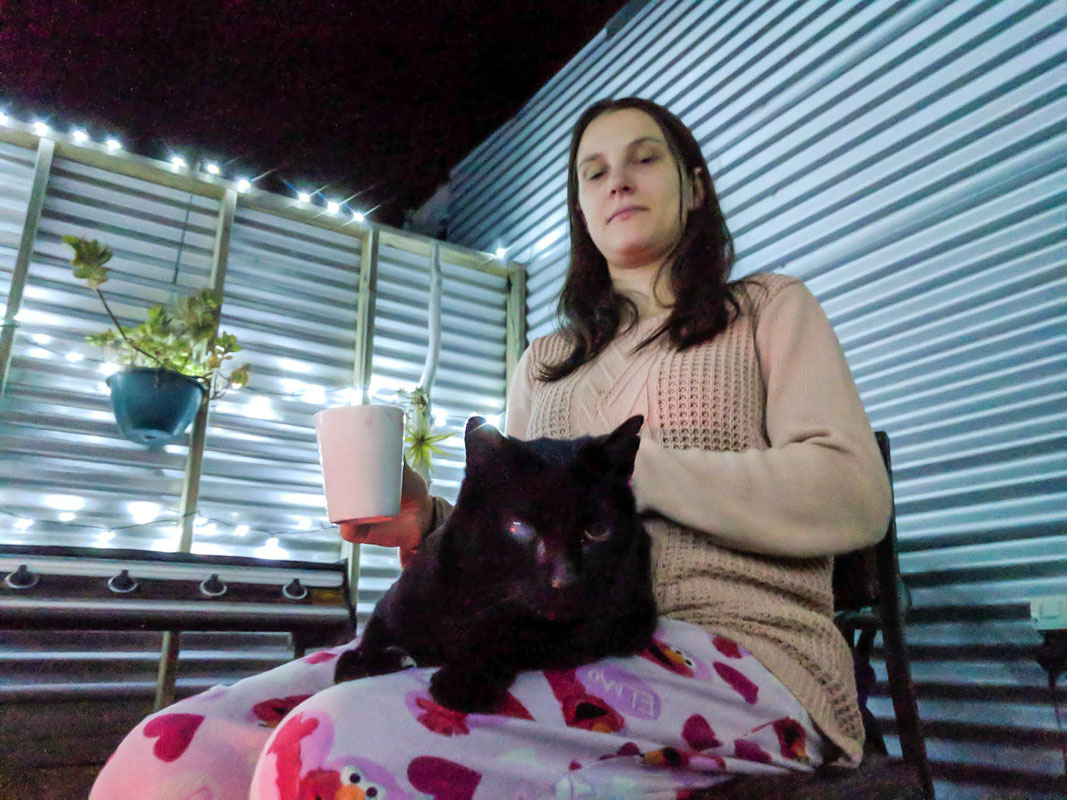 Now that winter has set in (I know it's not June yet but that's far too arbitrary a start point for the season), I thought I'd share a hearty, warming soup. I love the za'atar flavours of sumac, thyme, and sesame seeds, and cannelini beans are the perfect blank canvas to serve them with. It's quick and easy to make, the ingredients are all long life and super cheap, and the meal is low-calorie, full of protein, and vegan. Besides, who doesn't love anything involving Turkish bread? 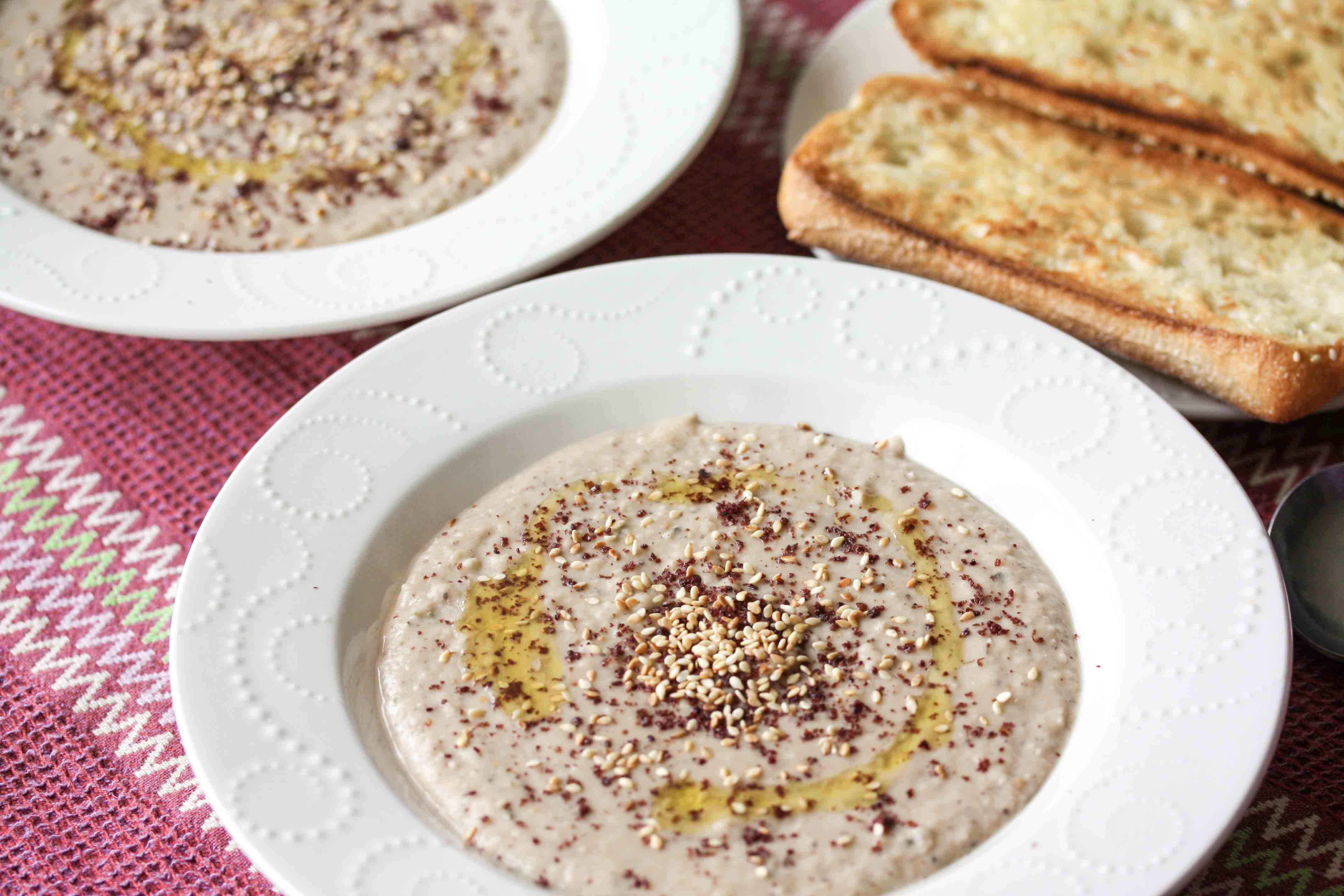 A quick extra note: Sesame seeds are always, yes, always, better toasted. When I buy a new container of them, I heat a large pan over medium-high heat and toast them all in one big batch (no oil required; just toss them every 30 seconds or so until they're all brown), then tip them into a container via a folded or curled piece of paper that I use as a funnel. There's no way I could be bothered toasting sesame seeds separately for every meal.

(Another note: After toasting, the sesame seeds seem to take up a bit of a bigger volume than when they were untoasted. I learned this the hard way when I tried to tip them all back into the container and ended up with a sesame seed explosion.) 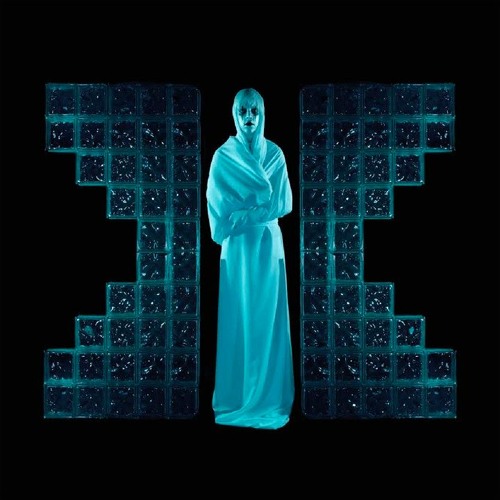 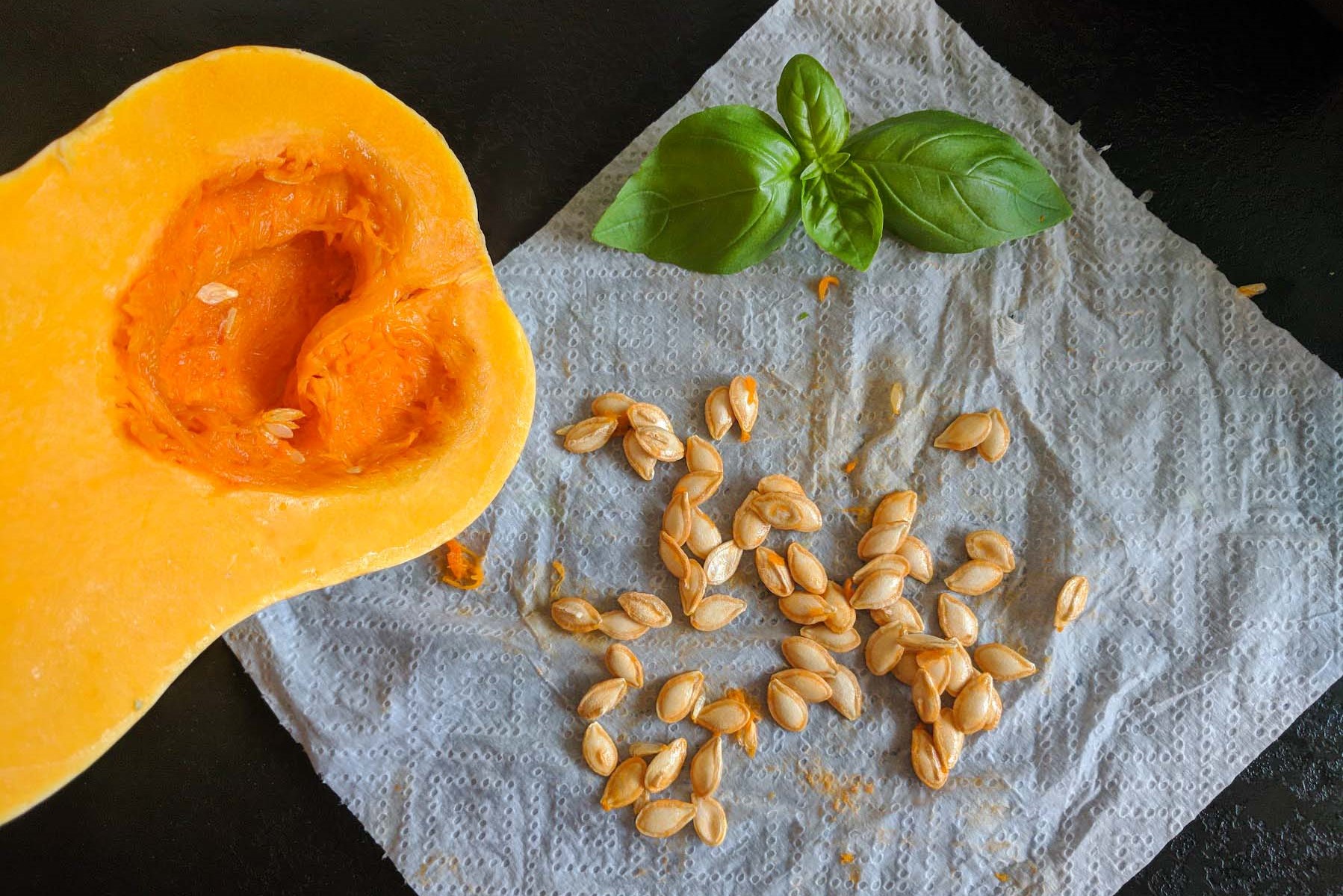 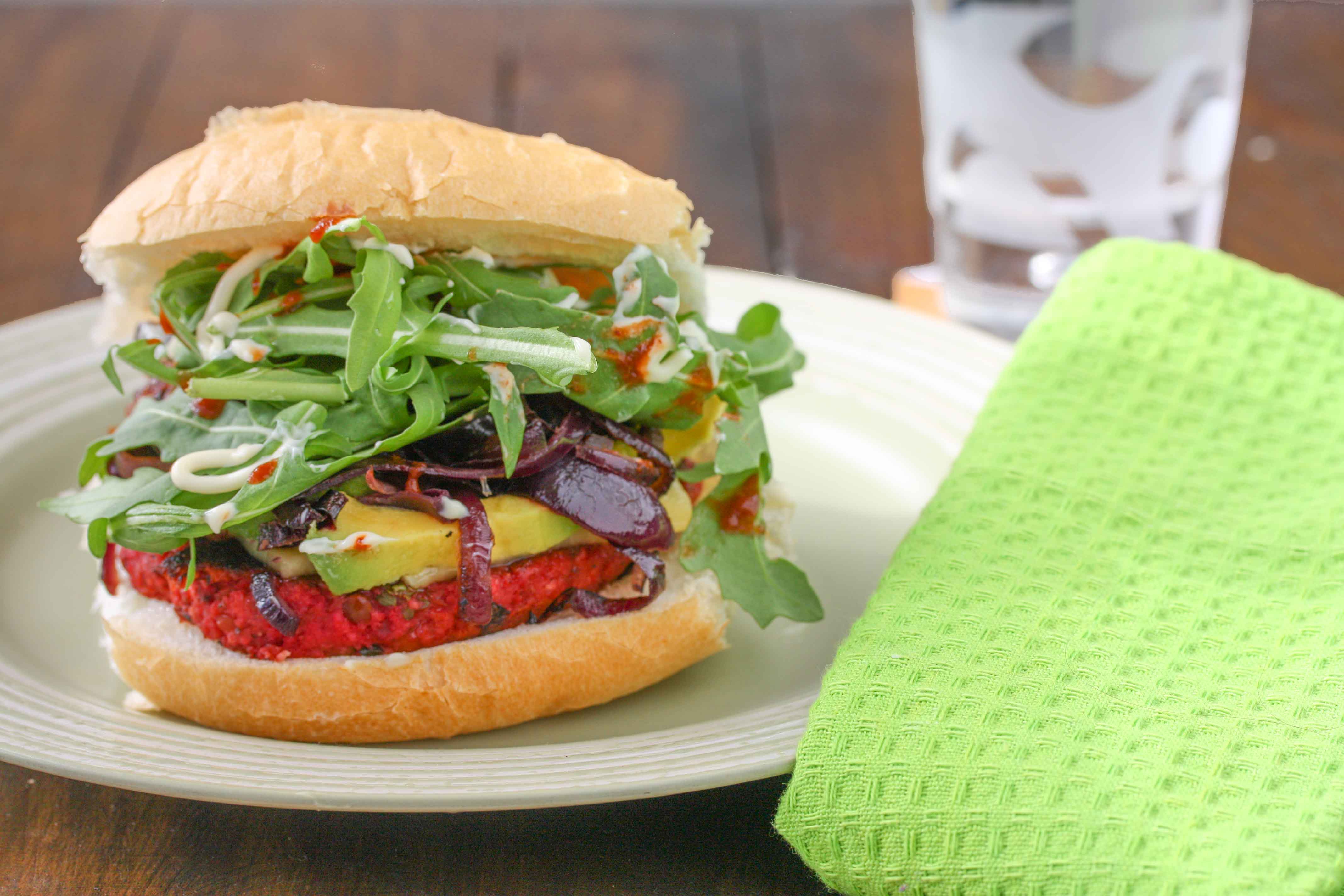