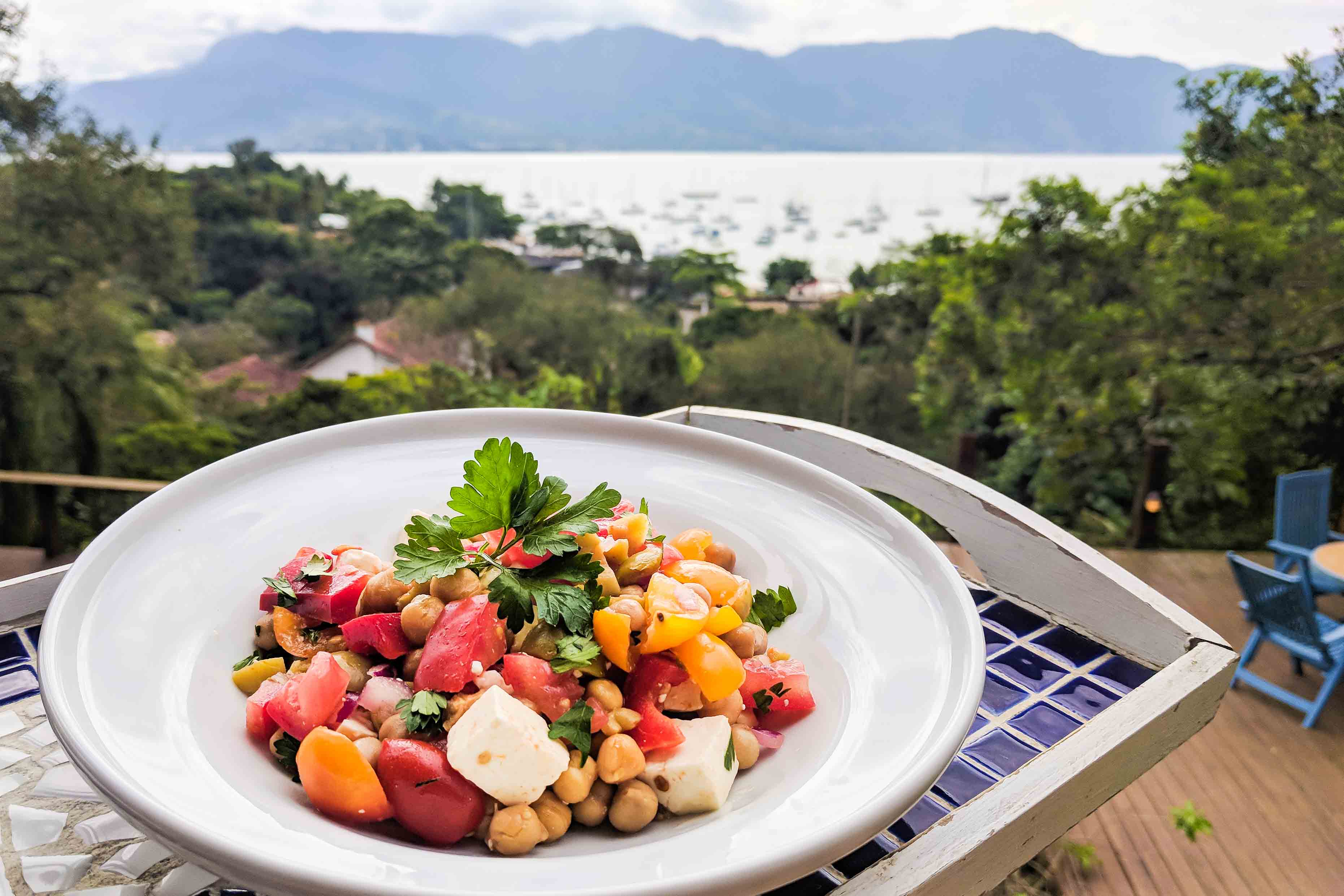 Here on a small island off the coast of Brazil with no real supermarkets, it seemed possibly a little ambitious to make a meal for ourselves. But the ingredients of this salad are simple enough, and substitutable enough, to make it possible. And it doesn't even require cooking!

Another great thing about this salad when travelling is that you'll use up almost everything you buy without leftover ingredients. It's a fair few servings though, so best to reserve it for when you've got a fridge in your room.

It's been over a month since Burning Man now, but I still want to share my thoughts on it. It really was one of the most incredible experiences of our lives.

It felt almost as surreal coming home from Burning Man as it did leaving our home in Melbourne. Just as it felt like the end of a chapter of our lives then, so it feels now.

From the moment we arrived at Never Never Camp and met the bunch of strangers with whom we would share our life for the next nine days, we felt at home. It turned out that around half of our camp were first-time burners. But many of us didn’t realise that until very late in the piece. I’ve never been in such a big group and experienced such constant positivity and such a lack of conflict. Everyone got along so well, we all just kind of assumed everyone had been friends forever. (And, whether we stay in contact or not, from here on out we will be.) 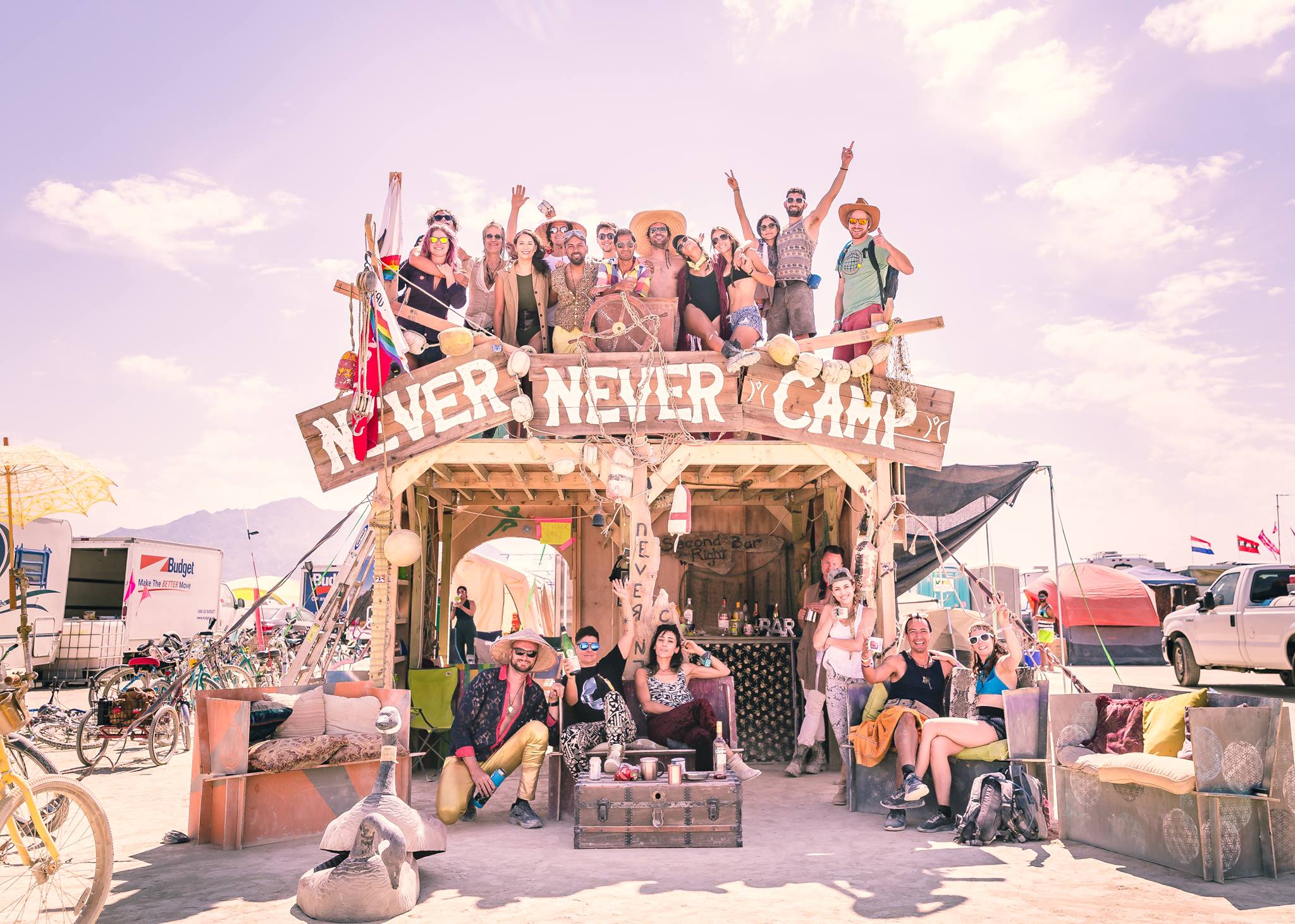 In fact, right across the playa, it’s virtually impossible to tell what people’s relationships are to one another. There are no assumptions about sexual orientation. There are no barriers to honesty and communication. Everyone is sharing stories of learning, connection, identity and realisation. And even when the content of those stories is not necessarily positive, there’s still a positive tone, a sense of the good to be had from talking about it. You get the feeling that you can talk about anything with anyone and end up feeling better for it. That’s not to say you should reveal your every secret to a perfect stranger – only that you needn’t be afraid to. 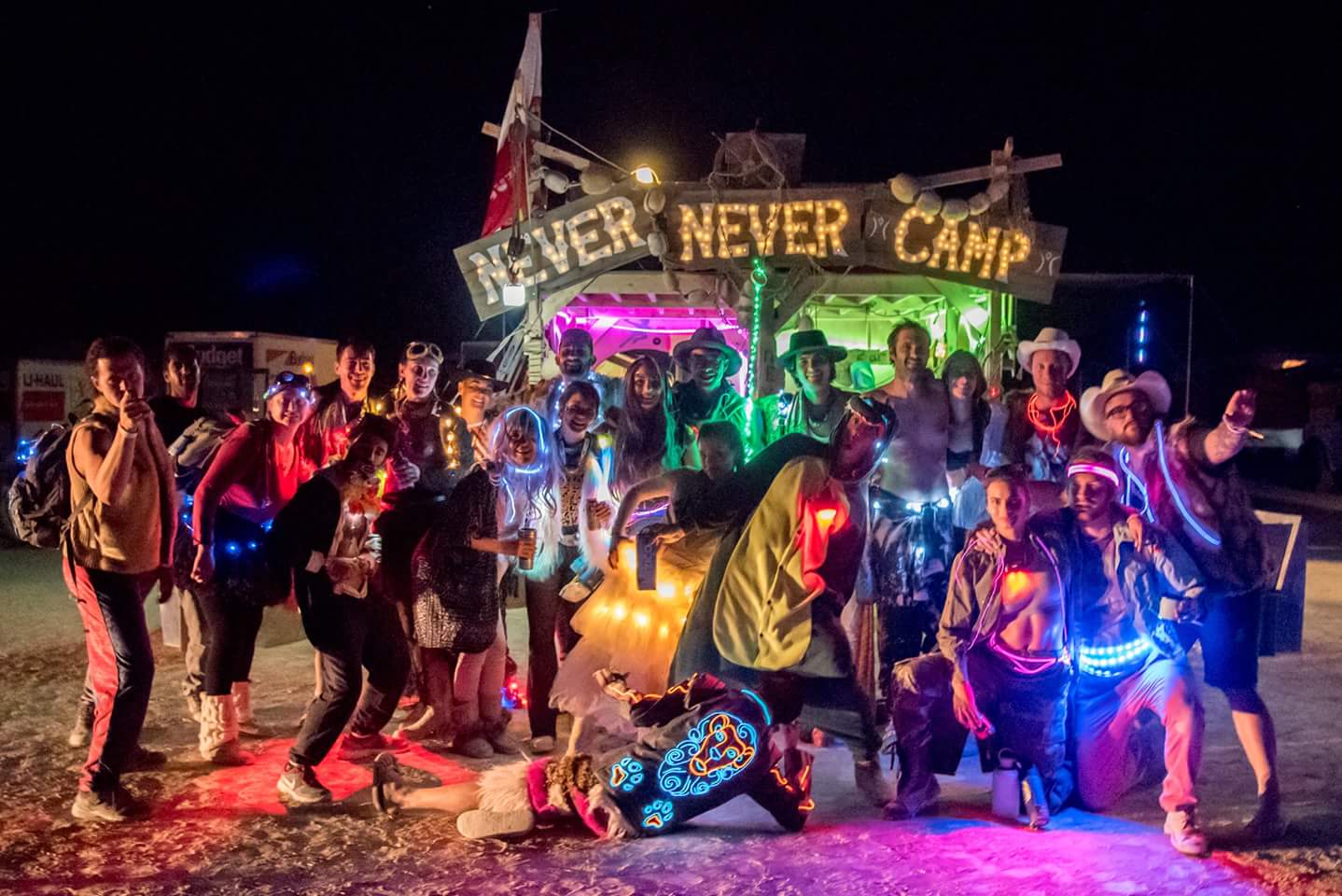 Everyone is so welcoming, but also so willing to be welcomed. You come in with insecurities, whether or not you acknowledge them. And for virgins, and probably many who have been before, it takes a while to let go of them. It seems to vary from person to person as to when that moment comes, but I think we all eventually reached the point of realising that self-consciousness doesn’t belong here. That is, it makes no sense to worry what people think of you in a society where everyone is so accepting, so interested in what you have to offer, so keen to dish out compliments, and so willing to see the best intentions behind everything others say and do. There’s an unshakable optimism and boundless generosity that comes from being surrounded by happy people. 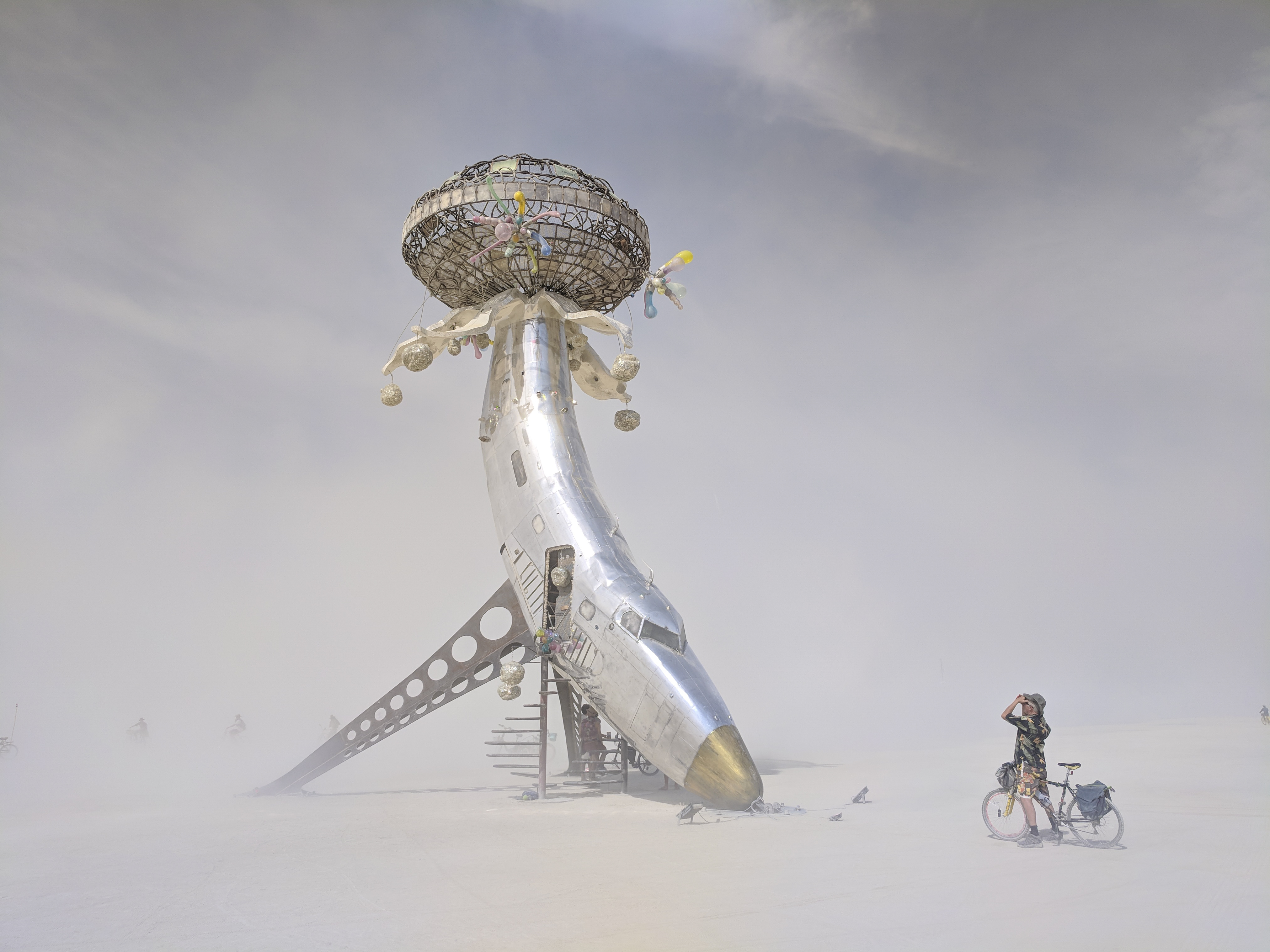 There is such a pure pleasure that comes from working together with no purpose other than to make people happy. To make their lives better. Running a bar might not seem like it could change people’s lives. But along with 70,000 other burners, we all changed each other’s lives – at least for nine days.

Everywhere you go you hear the refrain “Fuck your burn” – that is, “My burn is more important than yours.” I guess the reason it’s become so ubiquitous is the perfect irony of it. Everybody puts wild amounts of effort into making other people’s burns better. For us that meant inadvertently creating curry so hot even the Indians were sweating; serving the widely loved Jungle Juice (3 parts vodka, 1 part Fireball, 2 parts pineapple juice, 1 part apple juice, lime juice and a dash of vanilla essence for those playing along at home); and playing a selection of our favourite soul, funk, and 60s and 70s classics and dancing like we meant it. Hearing people tell us it had made their day was better than finding the things that made our own days. 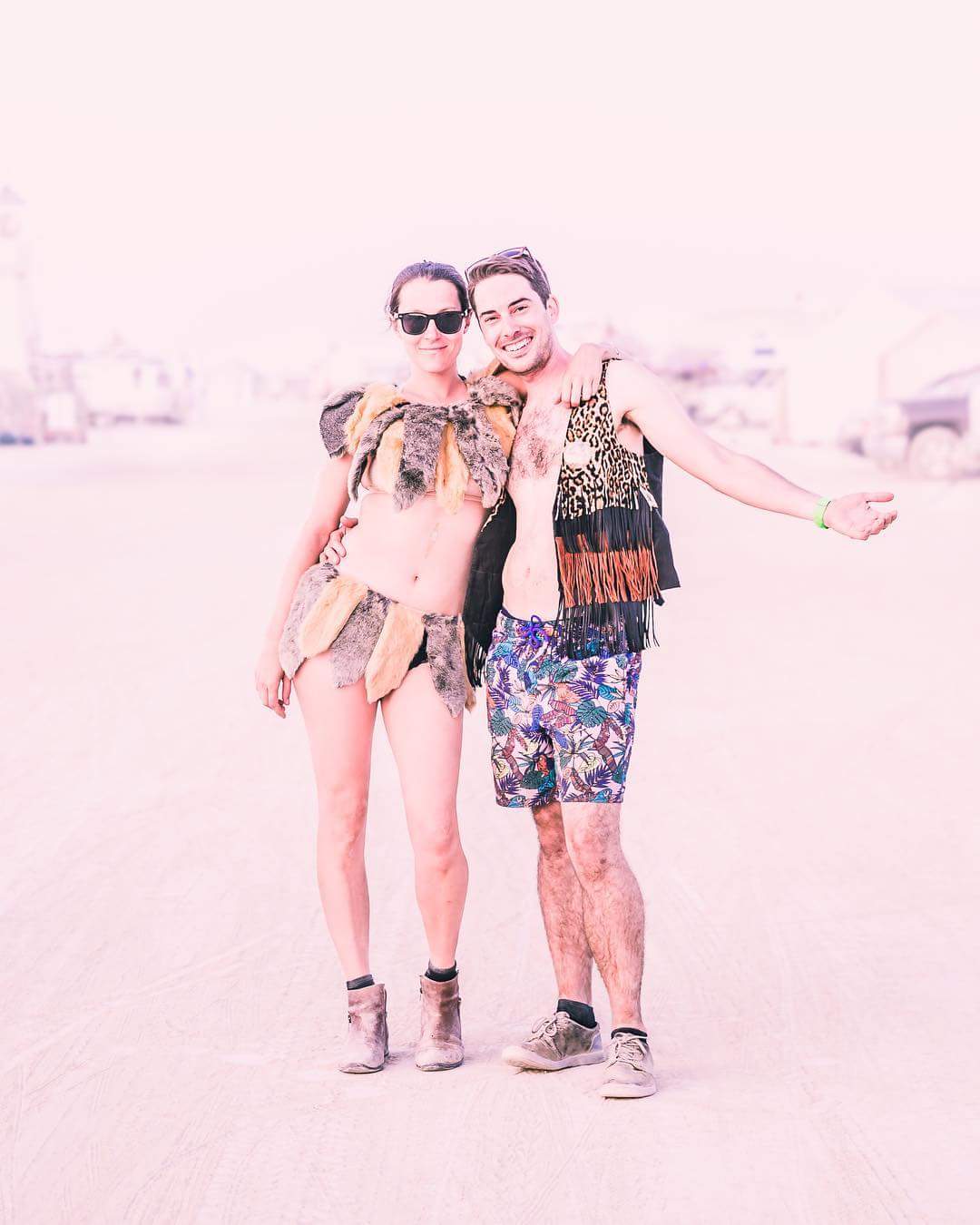 Surrounded by all sorts of self-expression, by so much love and acceptance, makes you reassess the way you express yourself, and the way you express love and appreciation for others. Surrounded by honesty, you feel able to talk about things you normally wouldn’t. Surrounded by positivity, it’s easier to respond calmly to negatives. You become more willing, and more able, to see the best in people. To see everything they have to give, and all the ways they enrich your life. It’s a life-changing shift in perspective.

I think it’s a tricky point in the relationship, around five years in. It can feel as if there’s not as much excitement as there once was. You already know almost all there is to know about each other. There aren’t many surprises. (I’m trying to cut down on how often I say, “That doesn’t surprise me!”) It’s easy to start to feel a little insecure. But it feels like a betrayal to your partner to even think about it, much less acknowledge it in words.

What a relief, then, to come to Burning Man and find the courage to do just that. The way Elliot responded, listening carefully, accepting what I was saying, and being kind and reassuring, reminded me how lucky I am to have him there behind me in everything I do, sharing the good and the bad. There was a real sense of renewal in our relationship that has persisted well beyond the end of the nine days.

Of course, the reason many people don’t choose to come to Burning Man doesn’t stem from any doubt about the good times to be had. In most cases, it’s a fear of what it means to give yourself over to the desert for so long. In particular, the dirtiness of it all. In this regard, I bring good news.

There’s something magical about playa dust. When I imagined the personal hygiene situation, it wasn’t pleasant. But the dust isn’t dirty, if you can believe it. Although it permeates everything, if anything we were all cleaner than if we’d been totally dust-free. The alkalinity of the dust makes it antibacterial. That means no body odour and no infected cuts, and food doesn't seem to spoil either. It also absorbs oil, leaving your skin and hair grease-free (well, at least as far as you can discern visually!). 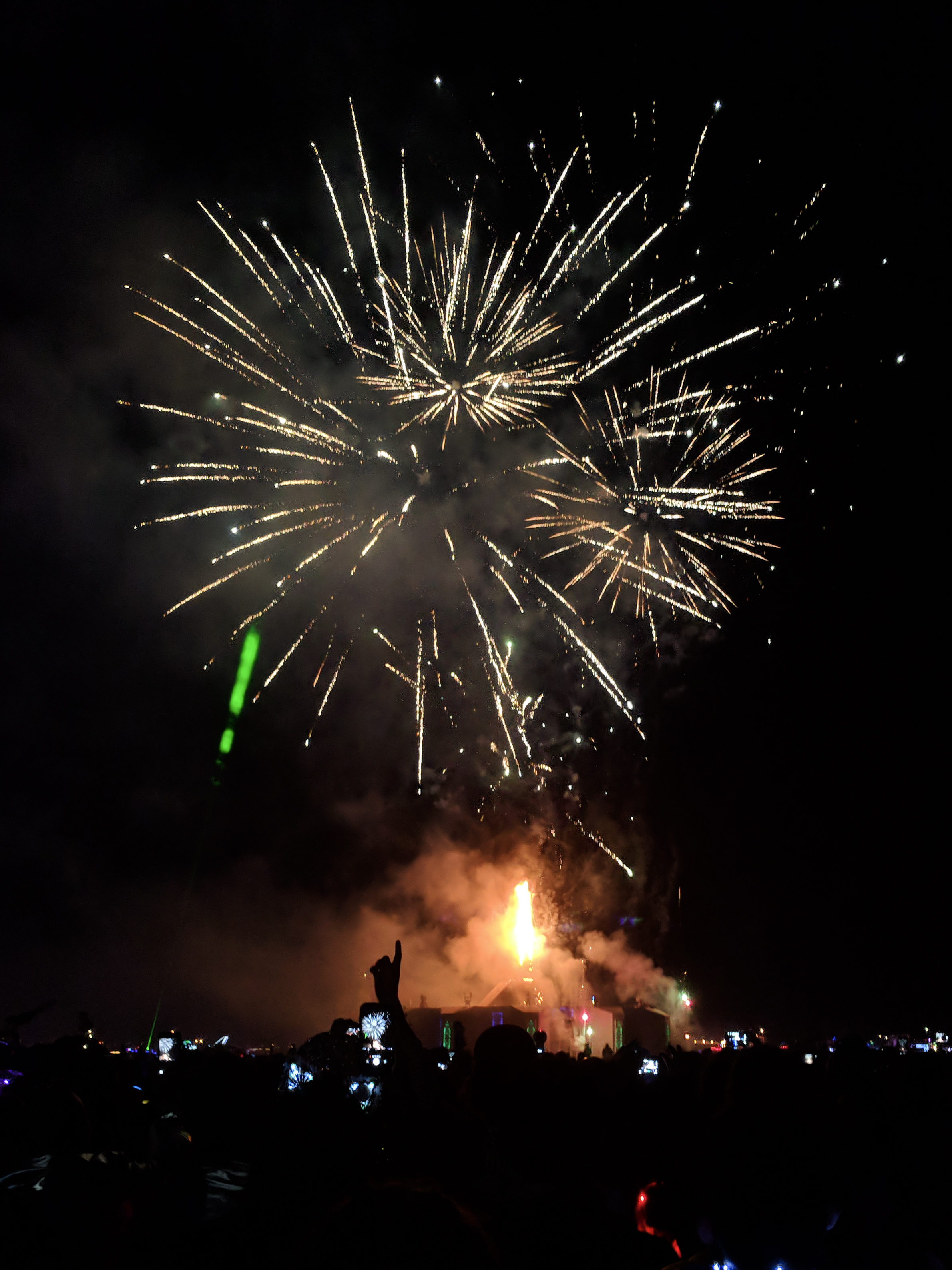 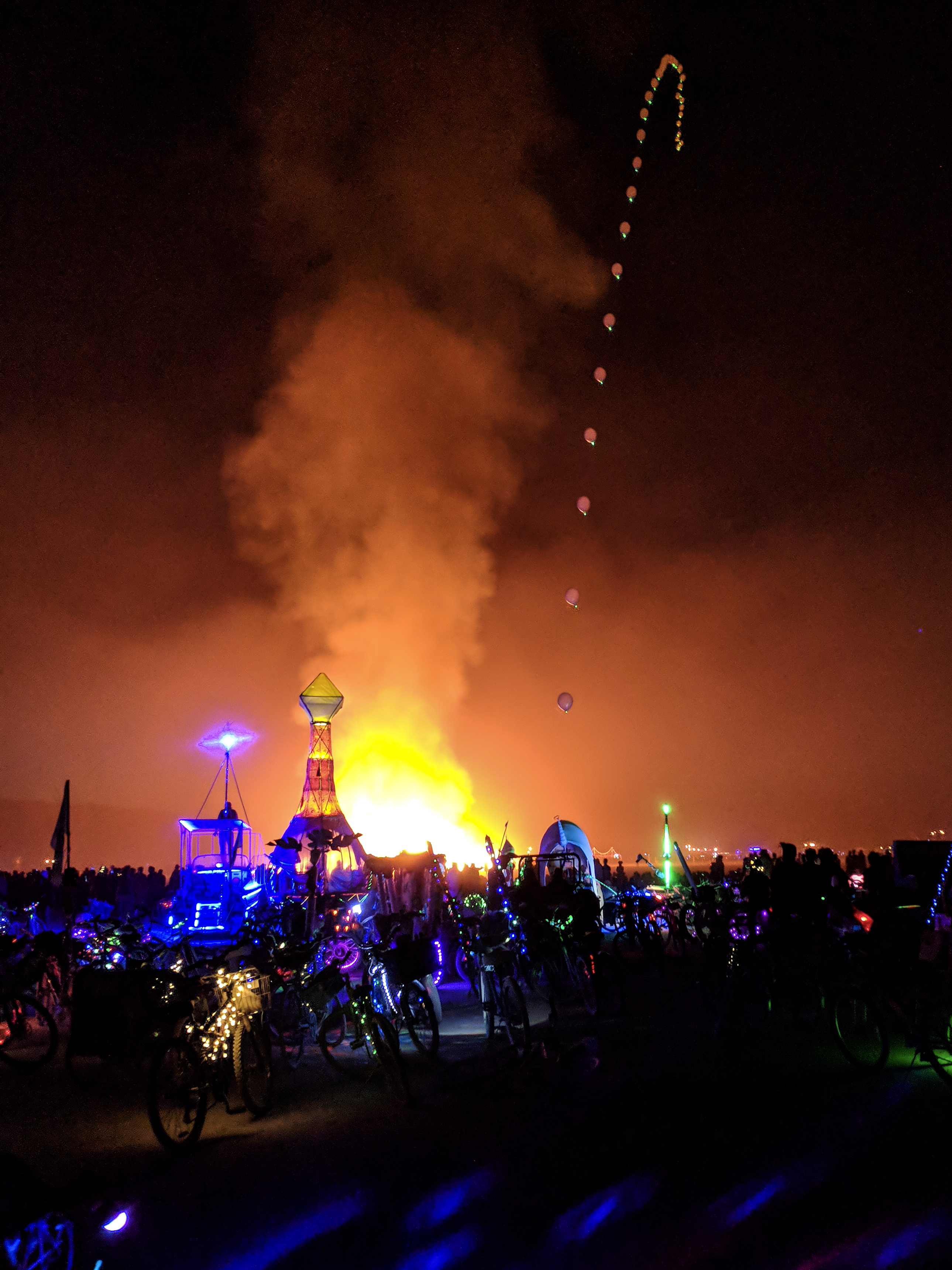 I think the dust helps us feel more grounded, more connected with the playa. There’s no escape. It infiltrates everything. It becomes part of us. Sand stays in the gut for a long time. I like the thought that a little part of that place will stay with me. 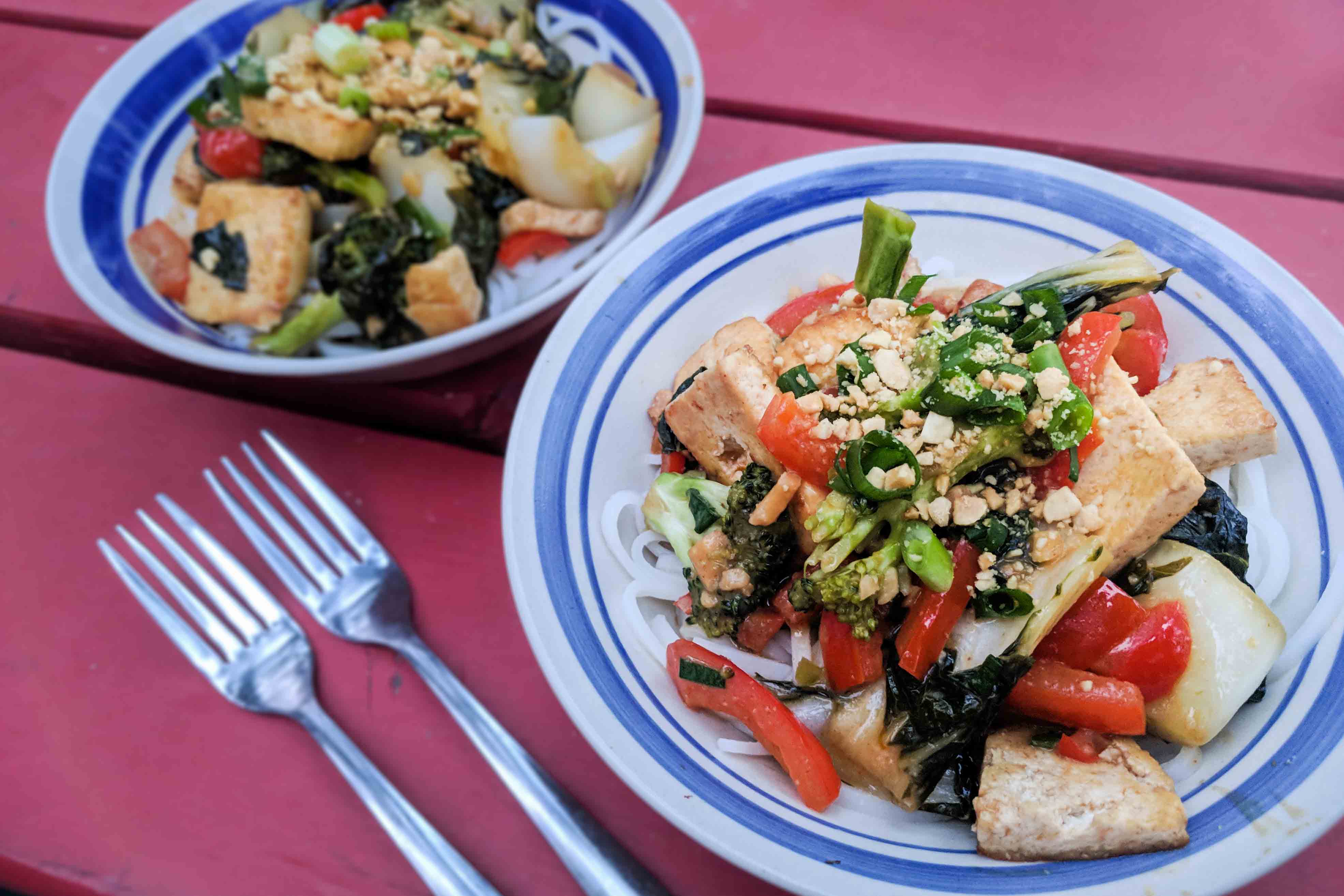