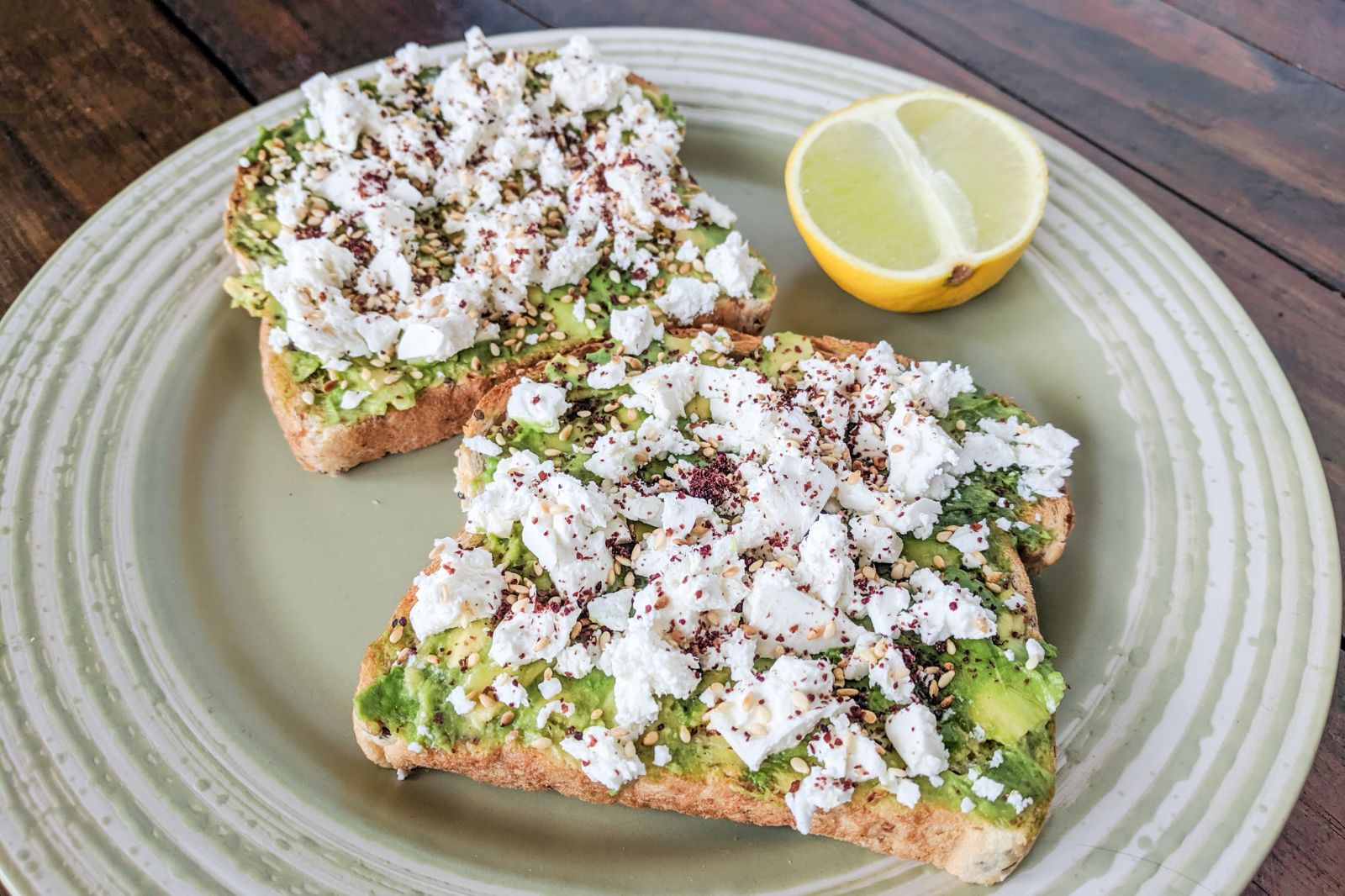 Anyone who knows me will tell you I am an absolute toast fiend. So when I tell you this toast is my favourite of all time, you know it counts for something! The classic combination of avocado and feta is already amazing on its own, but add in the tang of sumac and the acidity of lime and you have something pretty special.

I'm a sucker for sesame seeds, and my life changed the day I realised I didn't have to actively seek out bread that went heavy on them – I could just add them myself! Now I add them to almost any kind of toast. I buy them in the big 230-gram jars, toast the lot in a big pan, and add them back to the jar. If you're worried that it'll bring forward the expiry, don't be! I actually did a batch before we went away on our year-long trip, and came home to find them still smelling and tasting as wonderful as ever.

It might seem a little overbearing to offer advice on how to apply avocado to toast, but when our mate Ed stayed over recently I realised there is a bit of an art to it! (In return, he took home the large-batch sesame toasting tip!) I always used to just scoop the avo out and moosh it in, but if you score it back and forth (like a mango), you're left with lots of little chunks that are way easier to distribute across the surface and save you crushing the bread. Give it a go; you'll never go back! 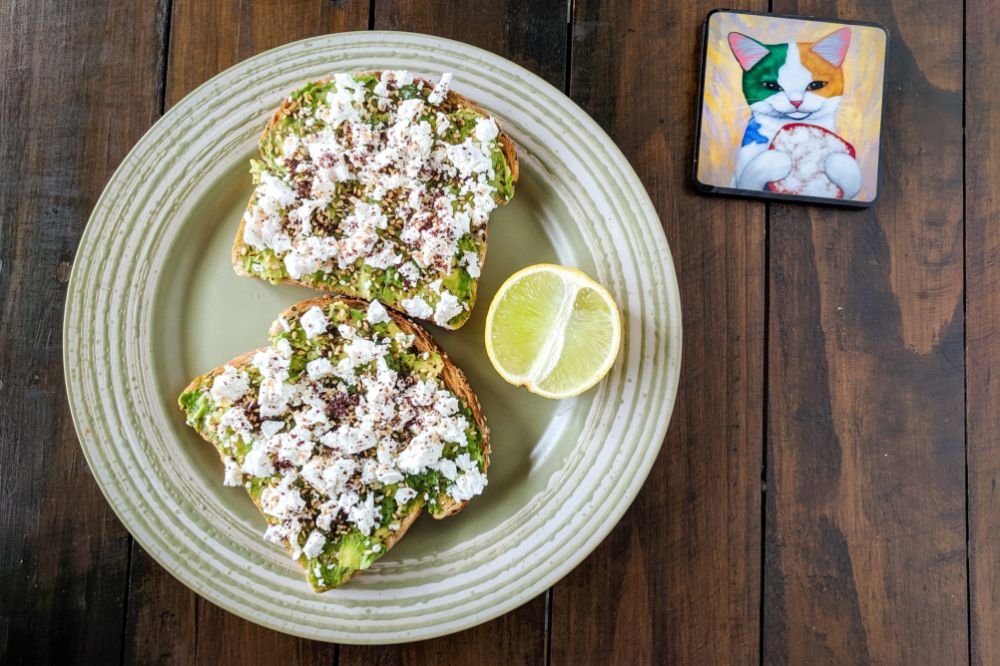 This week I want to talk a little bit about our climate emergency. A couple of Fridays ago, I was lucky enough to have the chance to participate in Melbourne's School Strike for Climate. I'd never been involved with any kind of protest before, so I wasn't sure what to expect. I sure didn't expect over 100,000 people, but I guess I wasn't alone in that! As we squeezed into Treasury Gardens, the excitement was palpable.

Although we had all come together for a painful reason, there was an unexpectedly optimistic vibe. Seeing so many people unite to fight for something they cared about, and more than that, being an active part of it, was a very warm feeling. All the speeches were meaningful and impassioned, highlighting in particular the impact climate change is having on Australia's indigenous population. And there were some inspired placards! I'd expected to see a lot of 'There is no Planet B', but I saw Planet B mentioned only 26 times in 3 hours. (Well, I needed to do something while I was waiting for things to get moving!)

Getting the march going was a painfully slow affair, but then again, having a turnout more than twice as big as anticipated is a good problem to have! All sorts of people had made the effort to come out, from the youngest students right through to self-professed 'Old Farts' supporting their grandchildren. 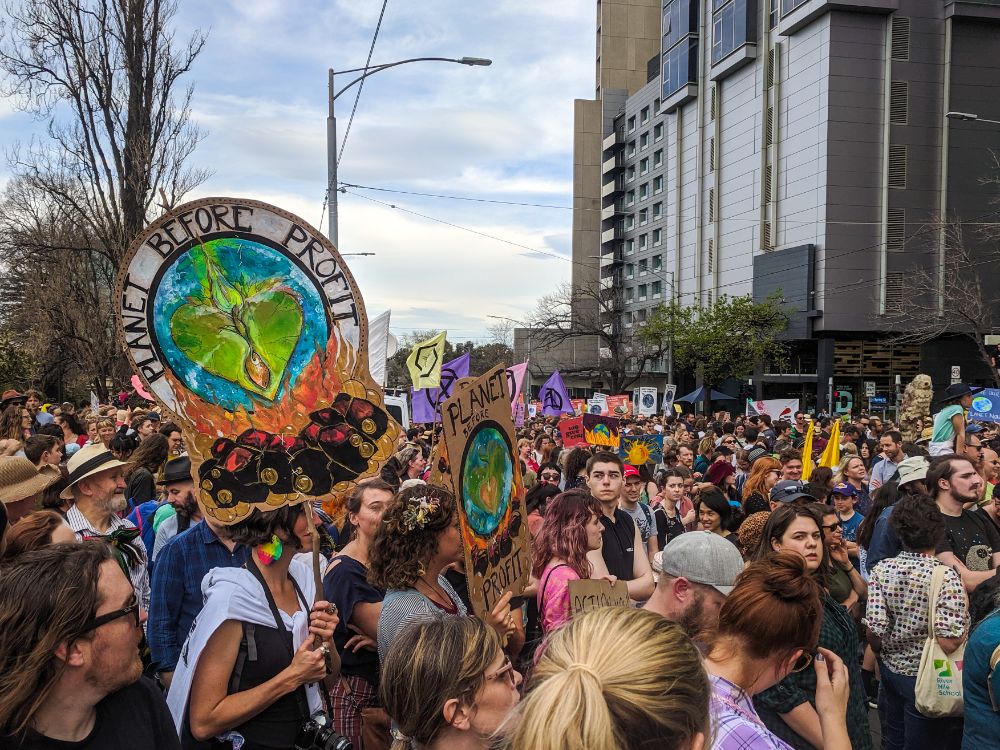 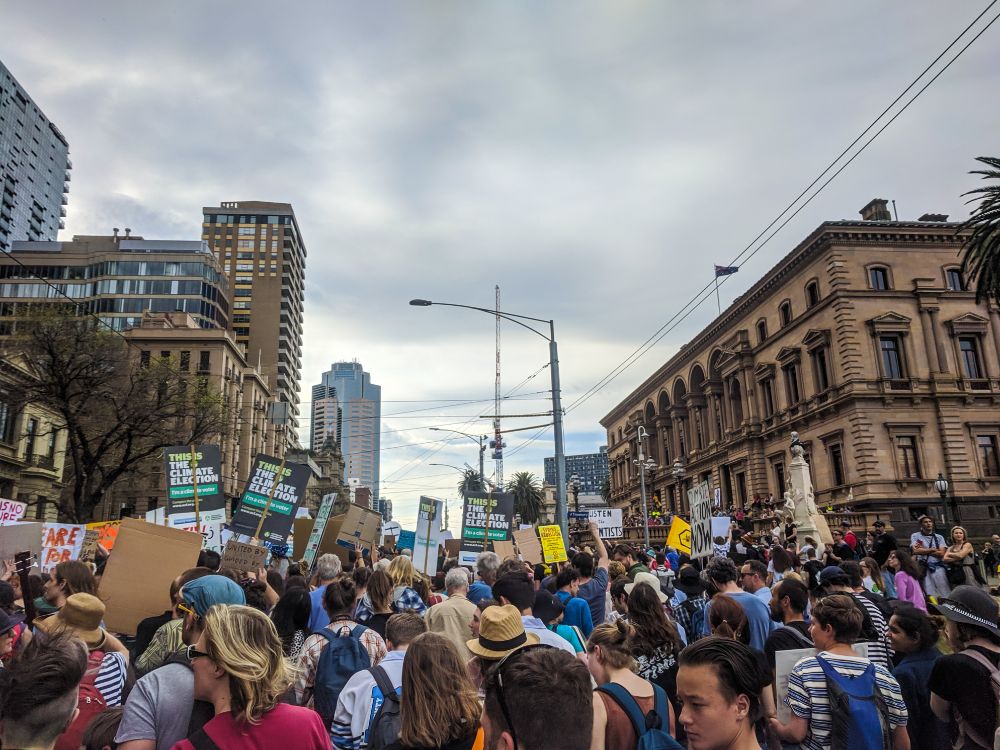 Afterwards, we headed to the Meat Market in North Melbourne for a bicycle-powered screening of 2040, a climate documentary by filmmaker Damon Gameau (currently also screening at the Nova). Concerned about his daughter's future, he travels around the world looking at existing initiatives to combat the impacts of climate change, and posing the question of how the world could look in 2040 if these initiatives were fully embraced and implemented throughout the world right now. It's a compelling film, and a refreshingly optimistic take on the fragile situation we find ourselves in.

Afterwards, a Q&A with Damon and some of the people at the forefront of the climate strike looked at how we can all increase our impact on an individual level. They presented a very united front as they argued that it's not too late to bring atmospheric carbon dioxide levels down, and the transition to cleaner ways of operating has already begun.

The young leader of the Australian Youth Climate Coalition (AYCC) made reference to a Harvard university study by Erica Chenoweth, which examined hundreds of campaigns over the last century and found that nonviolent campaigns are twice as likely to achieve their goals as violent campaigns. Not only that, but when 3.5% of the population is actively involved in protests, change becomes inevitable. Given the numbers we'd seen turn out today, that was a pretty encouraging statistic.

The film's website, whatsyour2040.com, offers a short questionnaire you can use to find out how you can help support the 'Regeneration' movement. All you need to do is answer a few simple questions about who you are, where you're located, and how much time and money you can spare, and it will let you know how you can contribute in a way that fits in with your lifestyle and values.

I hope you'll take a few minutes out of your day to at least find out how you might be able to help make the future look a little brighter. Margaret Mead's famous quote bears repeating once more:

'Never doubt that a small group of thoughtful, committed citizens can change the world; indeed, it's the only thing that ever has.' 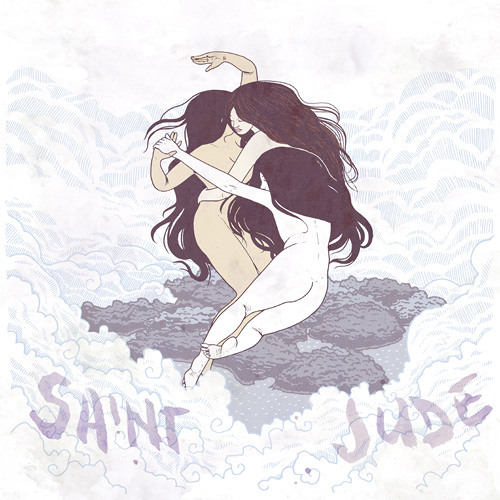 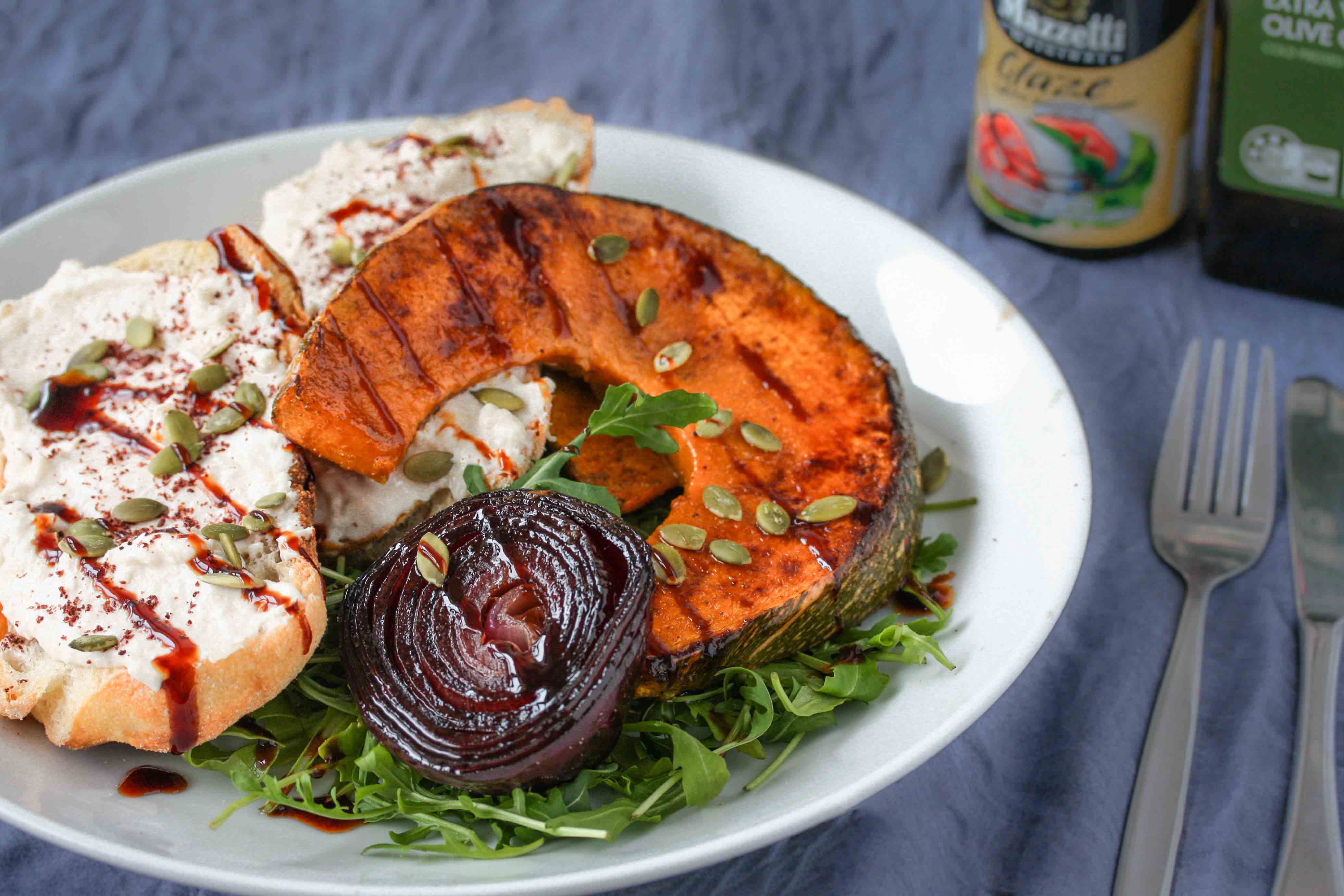