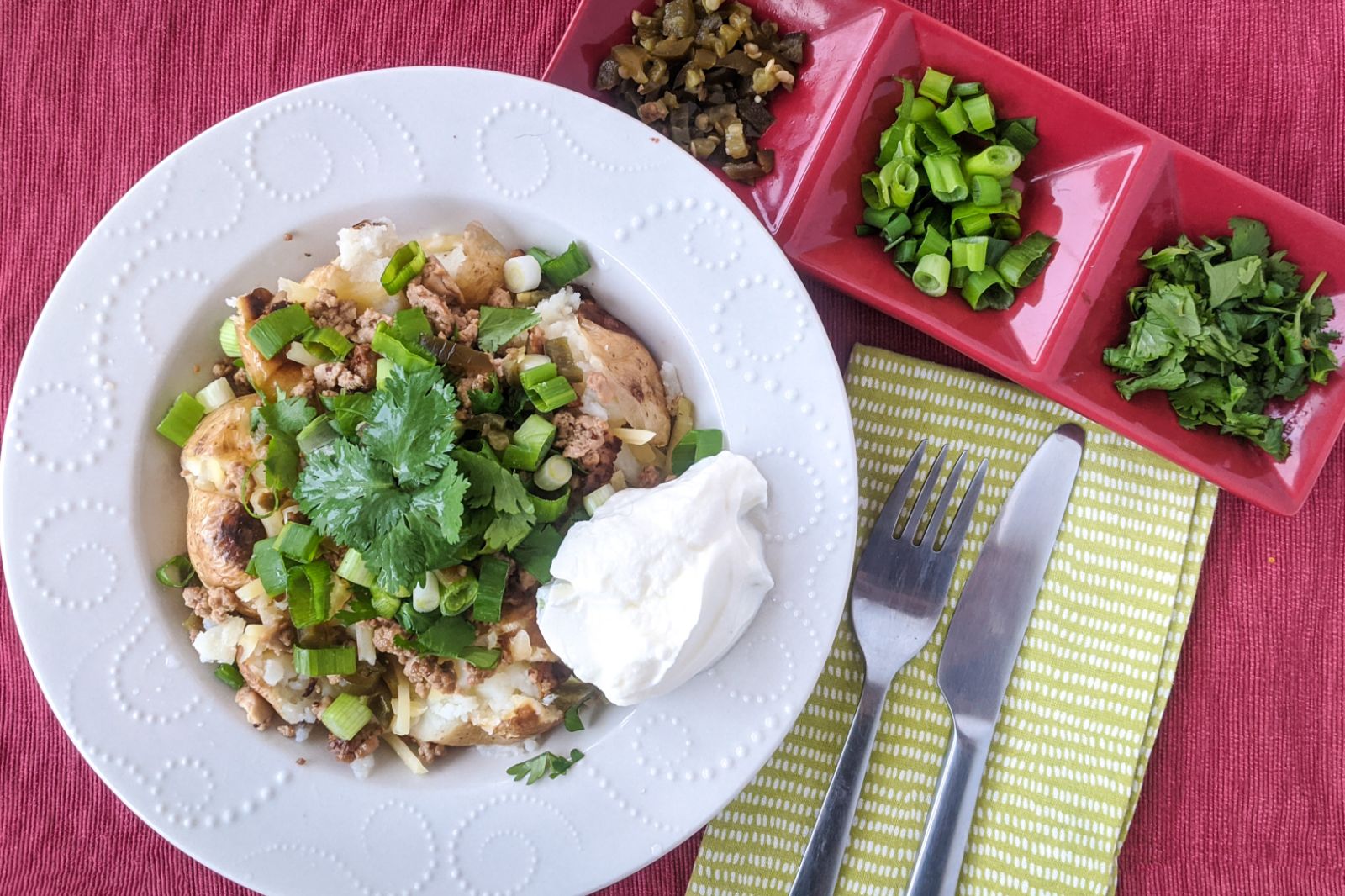 Ah, baked potatoes! I don't think I've ever met anyone that doesn't love them. Not only are they easy to prepare and super versatile, they also conjure a sense of warmth and cosiness in a way not many other meals do. For many of us, baked potatoes was a staple in the rotation of meals when we were kids, so there's a certain nostalgia about them, too. In short, they offer all the things you want from a meal during these difficult and uncertain times.

You might be wondering why you need a recipe for baked potatoes. Well, you don't... but you probably haven't had them like this. This recipe is based on the baked potatoes my mum used to make for us. The memories of this meal go way back to before I was vegetarian, which is a good thing – if I'd never had potatoes with bacon I probably wouldn't have bothered coming up with a vegetarian alternative.

Soy-marinated crumbled tofu makes the perfect salty substitute for bacon bits, atop a layer of melted cheese that complements the pillowy potato perfectly. Finally, the strong, bold flavours of spring onions, jalapenos, and coriander give it a satisfying kick that's tempered by a dollop of natural yoghurt. So simple, so delicious.

If you love the meal but want something even quicker for those weeknights when you just can't find the energy, prepare a bunch of crumbled, marinated tofu in advance and freeze it in portions. With the tofu steps out of the way, putting this meal together is as simple as chucking a bunch of potatoes in the oven and quickly dicing a few ingredients.

Isolation is harder than I thought. It’s not that I’ve been bored – I’m lucky enough to still be working five days a week, three of which are outside our apartment. At first I felt unlucky not to be able to work from home, but now I see that while it’s no substitute for hanging out with friends, just being able to talk to humans other than Elliot is definitely helping me stay sane. It also feels good to be able to help people keep their pets healthy at a time when the relationship between owners and their pets is more important than ever. 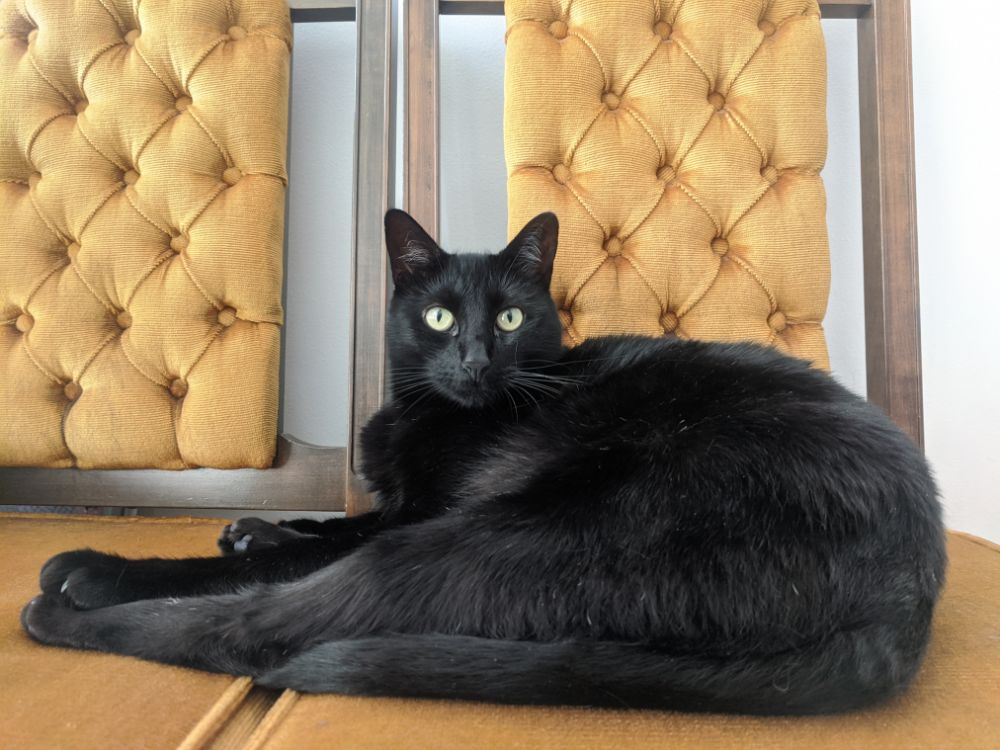 There are actually two things I’m finding really hard, and embarrassingly enough they’re both things I started off thinking I was perfectly equipped to deal with. First, I miss my family and my best friends like crazy. I didn’t think I’d have too much trouble with it because we got so much practice while we were travelling the world, but it turns out it’s a whole lot harder to deal with this kind of disconnection when you’re sitting at home alone versus spending all day having wonderful new experiences and making new, albeit usually transient, friends.

There is, of course, video chat. For someone who gets some level of social anxiety even in face-to-face conversations, the awkwardness of connection difficulties and delays and the singular focus on each other’s faces can be hard work. But in isolation I’ve been forced to get over that, at least to some extent. I could stick to phone calls, but I’m just not willing to go months at a time without seeing my best friends’ and family’s beautiful smiles – or seeing how the tiny people in our lives are growing up. 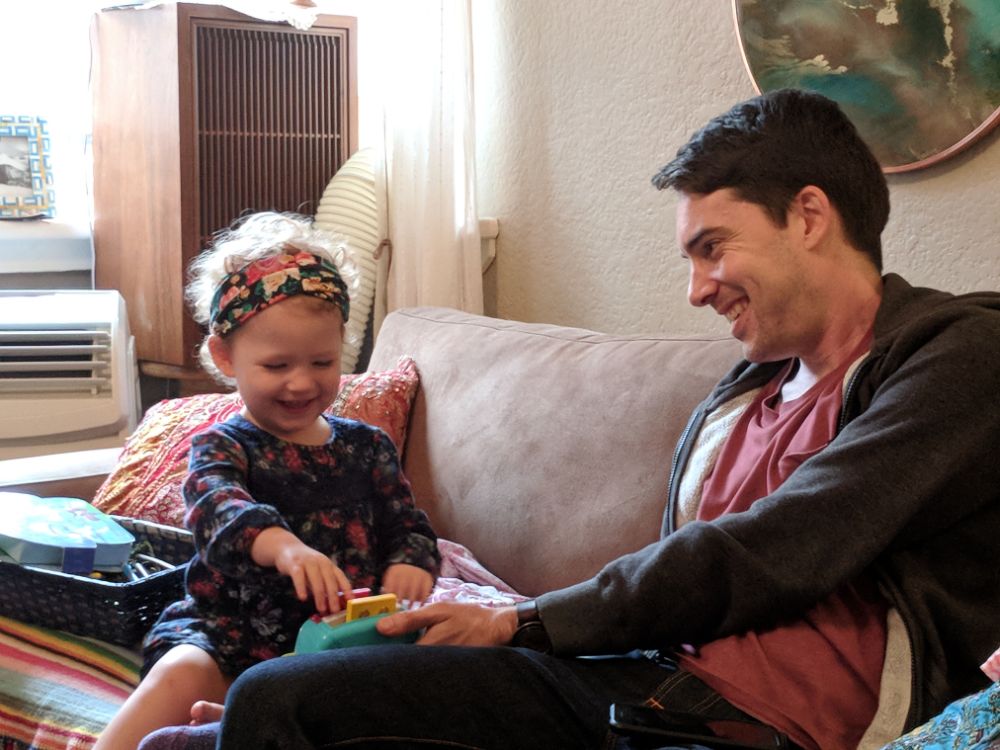 I think communications have also changed a bit, at least for me, in the sense that I used to feel like I needed a reason to call people. Now that it’s the only thing keeping us sane and the only way to stay in touch, I think we’ve all started to let go of that idea. It feels easy and natural to call someone just because, and to tap out when you’ve had enough. There’s also a sense that it’s okay not to have much to say because, let’s be honest, there’s only so long you can talk about what’s been going on within the walls of your home. In the past I've sometimes built up to a phone call with a careful consideration of possible topics of conversation, but I'm pleased to report that's not something I feel the need to do anymore! So that's a big positive for me.

The second thing that’s taking a bit of getting used to is spending all my time with one person, even if that person is the love of my life. When we were on our travels of course we experienced the same challenge, and we hit our low point in Montreal after almost seven months on the road. The little habits that had always been just a little bit annoying became absolutely insufferable, and it felt like we were spending all our time either having a go at each other or saying nothing at all while we stewed on the latest argument. We lost all sense of objectivity because we only ever had two perspectives on an issue – mine and his. Each of us believed we were right and the other was wrong, and we just couldn’t find a path to some kind of middle ground. 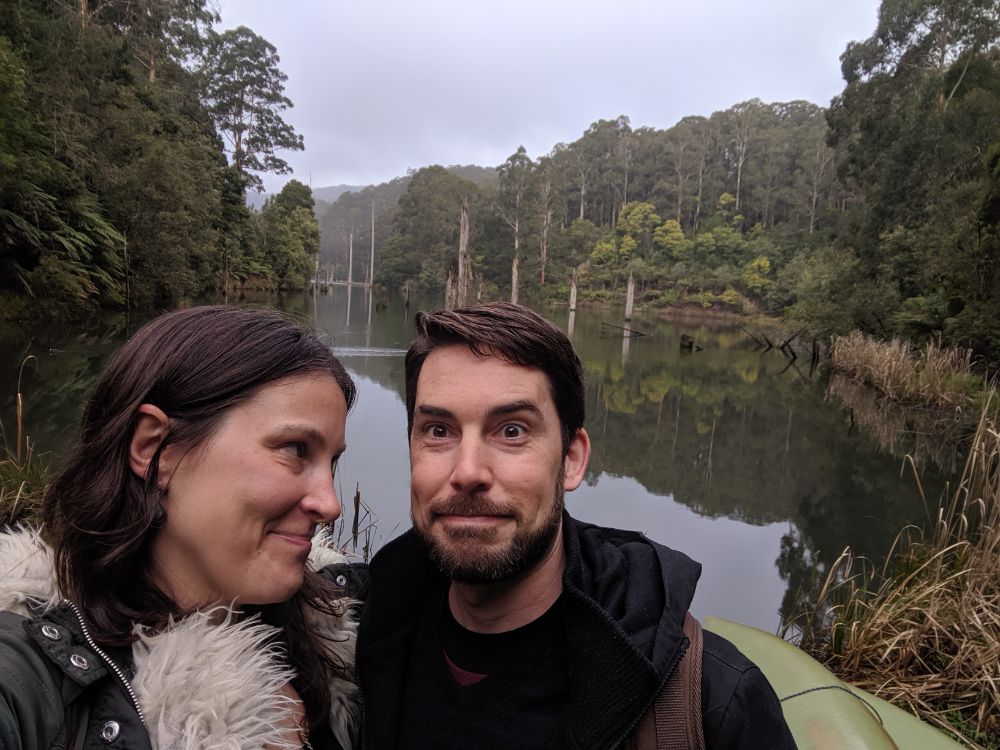 Something had to give, so I scheduled a session with ReGain, a US-based online relationship counselling service. We were ready to give it a proper go and do as many sessions as it took, but in the end our counsellor gave us some great strategies and we only needed the one session to get back on track. This time around I’ve taken advantage of work’s employment assistance scheme to get some free sessions and much-needed perspective from a counsellor.

If you’re interested in something similar but are a bit cash strapped, Relationships Victoria offers an online service whose cost is tailored to your capacity to pay. I know a lot of couples are facing difficult times right now, and it's only magnified by the feeling that there's just no escape from the conflict. If you're feeling the strain, I can’t recommend online relationship counselling enough.

But you know, as tough as times are right now, I feel like we all have reason to be optimistic. I’m sure I’m not the only one who has had more contact with more people in the past month than at any other time in memorable history. Ironically, social distancing really is bringing us all so much closer together.

Physical disconnection is forcing us to make more of an effort to find other forms of connection. Concern over how others are doing has made us all more continually empathetic and thoughtful. We're putting real consideration into what we can achieve our spare time. We are all coming to realise what’s most important in life, and given how long this period of isolation is expected to continue, I hope we will all have time to really ingrain this new priority system and maintain it long after coronavirus has been conquered. (We may as well hang on to the improved hygiene while we're at it.) 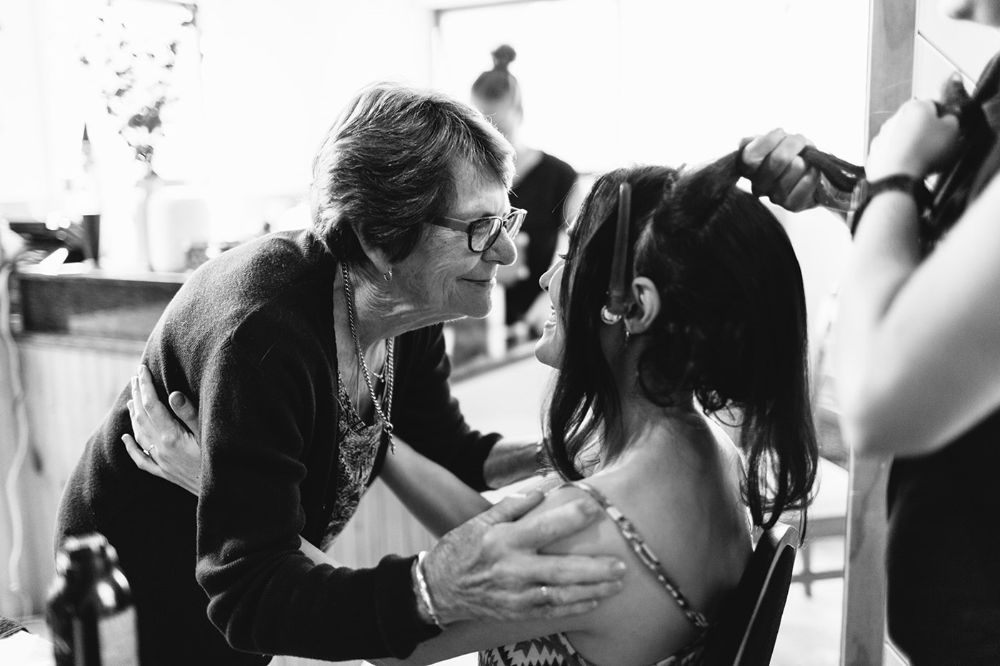 I also love what coronavirus is doing to government policy. Finally, the Liberal government has been forced to adopt Labor’s more socialist policies, giving everyone the fair go they have long deserved. As we all find out just how demoralising it can feel to live without meaningful employment, I hope we come to learn firsthand that receiving a basic income ‘for free’ doesn’t take away the basic human need to contribute, to achieve, and to be part of something bigger than ourselves. People don’t stop wanting to work just because they can afford to.

What a higher Newstart allowance might do, when all this is over, is give people more choice to find employment that they enjoy, that actually means something to them on some level. And, following on from that, it will force employers to provide better working conditions in order to attract these more discerning employees. We can also expect a higher living wage to reduce the incidence of mental health problems in adults, as fewer people will suffer the strain of not knowing how to make ends meet from week to week. Children will benefit from not only the higher income, but the additional time their parents will have available to spend with them. I only hope the government leaves the allowance where it is long enough for these benefits to materialise.

It’s also encouraging, of course, to see the reduction in emissions and improvements in air quality around the world. These changes will be far from permanent, but I am buoyed by the proof that humans can effect massive change, on a massive scale, in a tiny timeframe. I can only hope that we all take away from this a sense that we might just have more power in the fight against climate change than we realise. It’s not over until it’s over. And there are so many things we can do on an individual level, including something we've already been forced to do: curb our consumerism and fill the gap with activities that are truly enriching, rather than just seeming to fulfil a need.

I really do feel deeply for anyone with infected family members or whose income has been damaged by the crisis. I know many of us are struggling with isolation in terms of mental health, and I count myself among them. I can't wait until life gets back to normal. And yet... I can't help but feel an enduring sense of optimism as all this goes on, that in spite of the massive cost in the short term, we may actually have been dealt exactly the hand we needed in order to survive and thrive in the long term. 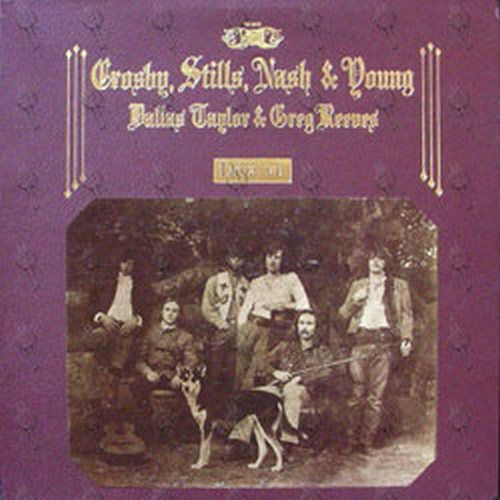 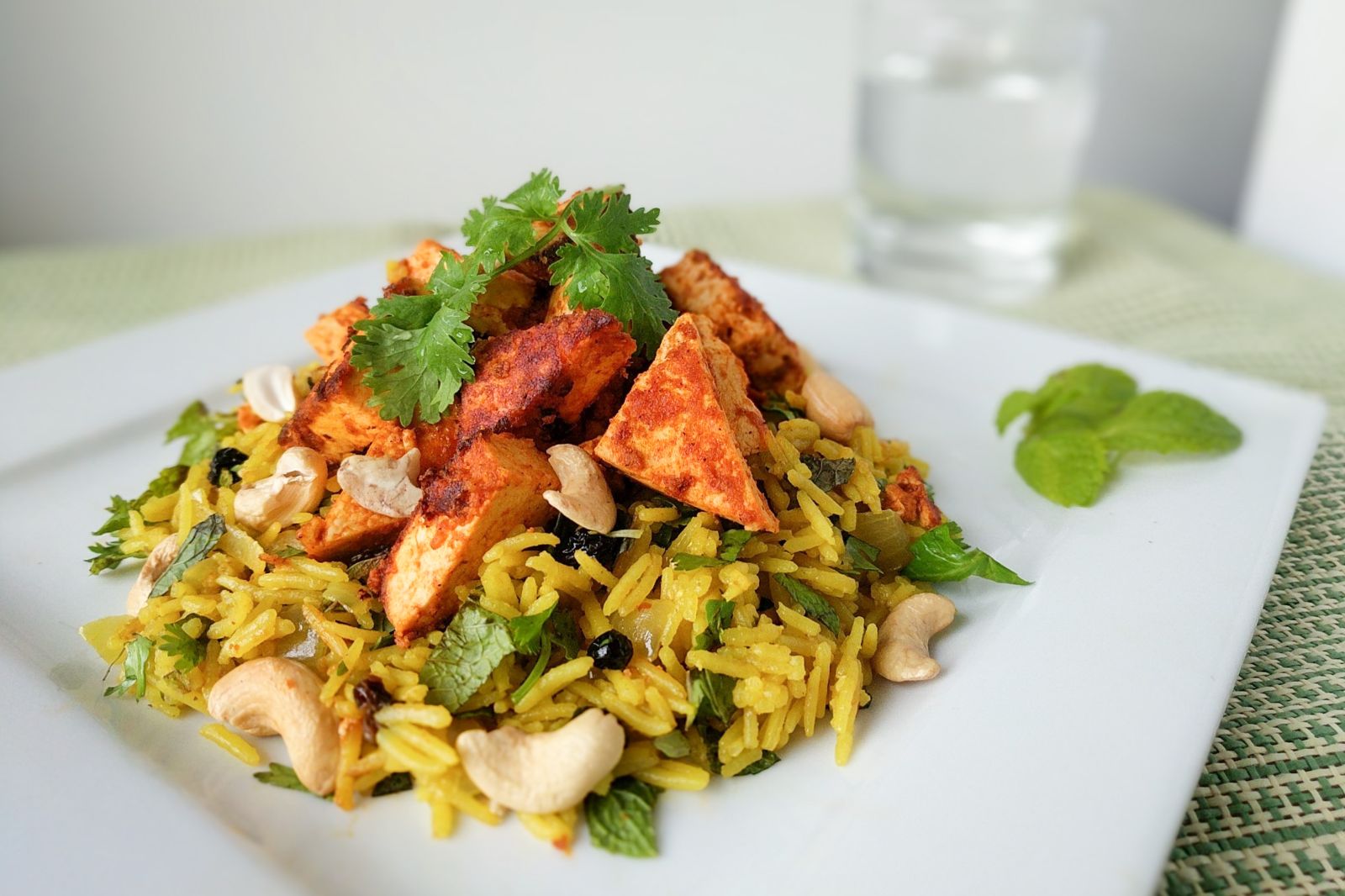